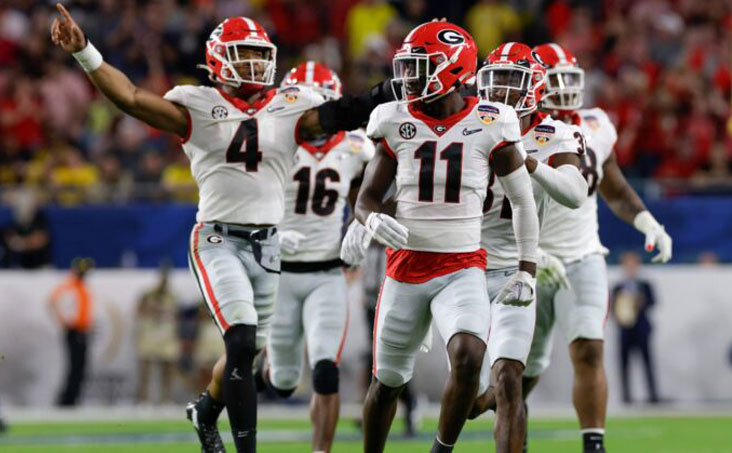 Only two teams remain in the college football championship: SEC foes #1 Alabama Crimson Tide and #3 Georgia Bulldogs. Who will be the last team standing this season?

The 2021-22 NCAA football season has finally come down to the title game. Not surprisingly to most, the two teams that looked best all season long are now matched up for the second time in three games, with everything on the line.

Can #1 the Alabama Crimson Tide repeat their SEC Championship performance, or will the #3 Georgia Bulldogs get revenge and lift a trophy? Here are the key NCAA matchups that will decide just that.

About a month ago when these two sides faced off, Alabama QB Bryce Young was clearly superior to Georgia’s Stetson Bennett. No surprise there, as Young won the Heisman Trophy this season as the best player in the nation.

But Bennett threw two interceptions in the game, which is unlike him. Though Young will most likely out-pass Bennett once again, if the Georgia QB can limit turnovers and keep his offense moving, the team has a great chance to win. That said, Young is supremely capable of taking over the game. Alabama has the definite advantage in this category.

Sign up to bet the CFB Championship at PlaySugarHouse, and your first deposit will be matched, dollar for dollar, up to $250.

Throughout this NCAA season, Alabama’s strength on offense and Georgia’s strength on defense has been the same: the passing game. Something had to give in the SEC Championship game, and it went in Alabama’s favor. Bryce Young combined with receivers Jameson Williams and John Metchie for 281 yards and three touchdowns, and Young ended up with 421 total passing yards on the day.

While the Crimson Tide will definitely be effective to an extent in the NCAA National Championship game, I don’t expect a repeat dominant performance. The top defensive team in the country has now had a month to review film and prepare for this matchup, so there should be more resistance this time around. Look for a much stronger effort from the Bulldogs’ secondary on Monday night.

Bet $20 and get $100 in free bets when you sign up to wager at Borgata Sportsbook. That’s a winning play! New customers only.

Alabama effectively shut down Georgia’s rushing attack in the teams’ first matchup. The Dawgs only mustered 109 yards on the ground, well under their average of 194.6/game, then bounced back in their semifinal matchup against Michigan, running for 190 yards.

Georgia should be able to keep this momentum going, and improve on their dismal showing from a month ago.

Can the Tide douse the Dawgs in the NCAA Championship Game? Make your wager at Bet365, and you’ll get up to $500 in Bet Credits.

Will Anderson vs. Georgia O-Line

Alabama’s Will Anderson led the nation in sacks this year, posting 17.5 in just 13 games. Georgia’s strength is in its offensive line, so again, something’s gotta give. Anderson was able to get a sack in the SEC Championship to go with two tackles for a loss. If he can affect the game even more in the title game, he may be able to swing some serious momentum for his team.

But Georgia, given a second chance to prepare for him, could hold up on the line and give Stetson Bennett and the rushing attack the time they need to operate smoothly.

Bet $50, Get $50 when you sign up to wager on NCAAF bowl games at BetAmerica! Just create an account, make your $50 deposit, and play! 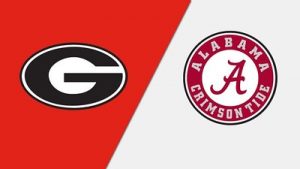 The Georgia Bulldogs were the undisputed best team in the country all season long until they lost to Alabama in the SEC Championship game. They’ll carry a humongous chip on their shoulders heading into this rematch, which has all the makings of a bruising defensive matchup after a high-scoring initial matchup.

Defensive battle games like this have played into Georgia’s favor all season long. For that reason, I’m rolling with Georgia at -3 and the game to stay under 52 points. Good luck with your bets on Monday and enjoy what should be a classic title game.

For a complete roundup of NCAA coverage at iGamingPlayer, click here.

Golf Bets a Boon for