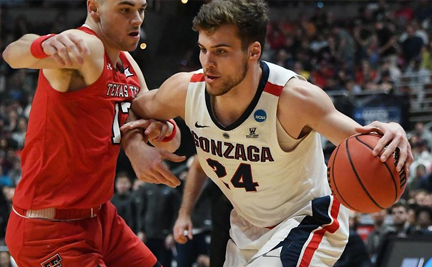 As non-conference play draws to a close, which NCAA men’s basketball teams will dominate each conference and take home some hardware? Here’s the sports bettor’s premier guide to the season.

Now that we’ve gotten a taste of what the NCAA men’s basketball teams are made of in non-conference play, it’s time to preview who’s going to earn those elusive automatic bids in March.

Fearlessly forecasting, we predict these teams are going to come away with major conference titles this year.

The Houston Cougars have yet to win a game by less than double digits. And in those six double digit victories so far, they endured a stretch of the tough Boise State Broncos, a #14 ranked Texas Tech Red Raiders team and the strong South Carolina Gamecocks back-to-back-to-back. This team is legitimate, behind another classic Houston guard-heavy attack. This should be a fun team to watch into March.

With a couple very impressive victories already under their belt (the #3 Villanova Wildcats and #24 Clemson Tigers), the Virginia Tech Hokies look like a real contending team. They have scoring, rebounding and strong defense, a trio that should translate very nicely into postseason play. Expect even more big victories from the Hokies this year, especially in February and March.

Jared Butler might be the best player in the country and he isn’t even playing at his best yet. Despite this, he has led the Baylor Bears to a 6-0 start and the second spot in the national rankings. This team has a ton of guard talent with varying but complementary playing styles. This team is going to be one of the last still dancing in late March. So is conference foe the #3 Kansas Jayhawks, but Baylor has the slight edge due to having the best player of the two teams.

Unwrap this Christmas Day Offer from BetMGM.com: Bet $1, Win $100 if Any Team Hits a Three-Pointer on Christmas Day! Paid in free bets.

’Nova came into the season as a Top 2 or 3 national title favorite. They started off underwhelmingly and even dropped their second game to the aforementioned Hokies. Since the Wildcats have bounced back in a big way, winning every game by double digits except one four point victory over 17th-ranked Texas Longhorns. All five starters can score and defend well, in addition to this being one of the best rebounding teams in the country. Senior guard Collin Gillespie will provide key leadership in March, in addition to coach Jay Wright’s winning pedigree. Expect a big postseason from the Cats.

If Jared Butler isn’t the best player in the country, Iowa Hawkeyes center Luka Garza might be. Averaging 28 points and nine rebounds in college is next to unheard of, but the top draft prospect is doing just that. Add in Joe Wieskamp’s 16 points per game, and just those two might have enough to beat entire teams some nights. This team’s inside-out style is very effective and should translate very well to the postseason.

After posting a 30-2 record, the San Diego State Aztecs lost a couple of their best players to the draft, namely Malachi Flynn. But this team has not missed a beat so far and while they may not match last season’s record, they may very well come close. Already at 6-1, this team looks ready to make another dominant run to the postseason. Expect big things from this group.

CaesarsCasino.com is celebrating the season with Holiday Stocking Stuffers. Create your casino or sportsbooks account through December 26, then check the “My Bonuses” tab for a bonus each day!

After dropping their season opener, the Oregon Ducks have rattled off six straight victories and is looking like the early Pac-12 favorite. This team scores and rebounds very well at every position, as their leading rebounder is a guard (LJ Figueroa, 7.2/game). In a Pac-12 conference that looks to be very deep this year, give me the most versatile/well-rounded team to cut down the nets.

Similar to Virginia Tech, the Missouri Tigers already have a couple of impressive victories under their belt. They’ve beaten #21 Oregon and the #6 Illinois Fighting Illini so far, with a chance to beat conference rivals the #8 Tennessee Volunteers in a week. While they’ve only won their last two games by a combined four points, this team is undefeated and is finding ways to stay that way. In a very disappointing SEC hoops year, give me Mizzou to make it out!

If Jared Butler and Luka Garza both aren’t the best player in the country, Gonzaga Bulldog Jalen Suggs might be. Since his first collegiate points came via a posterizing alley-oop dunk just 38 seconds into game one (against #6 Kansas), the freshman point guard has absolutely exploded onto the scene. He is averaging 16/6/6 as a freshman. Oh, and teammates Corey Kispert and Drew Timme are both averaging 20. This team cannot be touched right now and should absolutely be everyone’s title favorites. Ride the Zags until the wheels fall off.

This should be a very exciting season as the usual powerhouse programs are not in contention. So plenty of new underdog teams will enjoy new success and perhaps one will even cut down the final nets. So pay plenty of attention and don’t forget, ride the Zags!