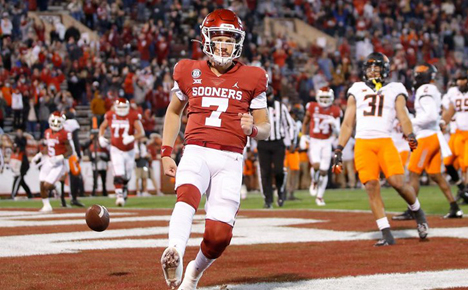 With college football season in our sights, let’s look at the Top 5 teams and how they could perform compared to last season.

It’s that time of year again. With college football season just over a month away, fans are already planning tailgates, placing futures bets, and banking on a national championship.

Here are this season’s Top 5 teams and how they’re expected to perform compared to last season.

In the four-team College Football Playoffs’ short seven-year history, there hasn’t been a ton of variety among qualifying teams. Out of the 28 possible playoff spots during those seven years, only 11 different colleges have appeared in the bracket. Of those 11, only six have gone on to make the national championship game. And just four have emerged victorious.

With a top-heavy balance of power in Division I college football, it’s important to look at the preseason Top 5. These are the usual suspects around playoff time. Here’s a look at each squad, compared to where they ended last year. 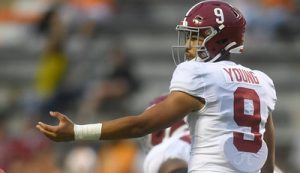 As defending champions, it’s no wonder that Alabama’s Crimson Tide lost most of their starters to the NFL Draft. That leaves Coach Nick Saban with all new faces, but no problem for Saban, who basically gets to the championship every year.

QB Bryce Young looked strong as Mac Jones’ backup in the past, and now the keys to the kingdom are all his. Expect Young to become one of the NCAA’s premier passers, and lead this team right back to the College Football Playoff.

Double down on your first settled bet at GoldenNuggetCasino.com. Just place your bet on any sportsbook market (minimum odds -200) and the Nugget will match it with a Free Bet up to $250. 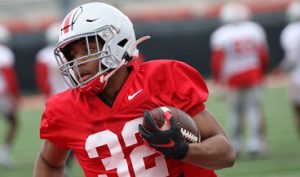 The Ohio State Buckeyes were severely depleted after losing in the national championship game to Saban and Co. last year. The team lost most of its starters, including superstar QB and team leader Justin Fields. Head Coach Ryan Day has done a great job of recruiting top-end defensive talent to reload on that side of the ball, but the offense is a question mark heading into the fall.

While Day was able to secure the services of top high school running back TreVeyon Henderson, Fields’ replacement at QB has yet to be determined.

Earn Rewards Points on every bet at PointsBet.com! Watch your balance grow with every wager you place, then redeem your Points for Free Bets! 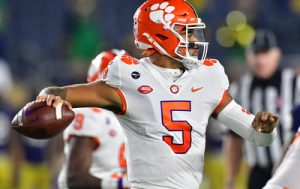 Last year marked only the third time that the Clemson Tigers failed to make the national championship game. Sad to say, this might be the first time Clemson misses out back-to-back. It’s not because the Tigers lost superstar QB Trevor Lawrence to the NFL Draft; rising starter DJ Uiagalelei figures to be one of the best QBs in the nation.

But the offense surrounding Uiagalelei looks weak. After losing a bunch of quality RBs and WRs in the draft as well, Head Coach Dabo Swinney has to maximize production from their replacements. Clemson’s always in the running to win the title. From a talent standpoint, though, this is the weakest they’ve been in a while.

Earn 40% more on parlays with Parlay Plus at BetMGM.com! Just opt in and place a 4-7 leg parlay on any combination of sports or sporting events. 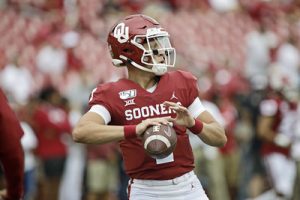 Oklahoma Sooners sophomore QB Spencer Rattler might very well win himself a Heisman Trophy this season (see odds below). With a year of Big-12 experience under his belt, and an improved offense around him, Rattler looks ready to make the Sooners one of the nation’s most explosive offenses.

Head Coach Lincoln Riley has attacked the transfer portal this offseason, adding multiple projected starters on both sides of the ball. With more experience and talent all around the program, 2021 should see a return to the playoff for OU.

Make your first sports bet at BorgataOnline.com and get $100 in free bets. Just sign up, deposit, and place a bet of $20 or more (minimum odds -200 or greater). 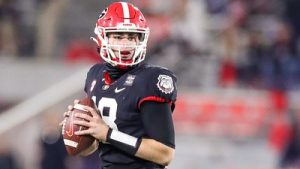 The Georgia Bulldogs will return eight offensive starters from a team that narrowly missed the CFP a season ago—and that’s a good sign. But at the same time, they lost most of their defensive starters. Luckily, Coach Kirby Smart filled the holes with a mix of fresh talent and transfers. It’s another positive sign for a team looking to win now.

QB JT Daniels (l.) looked locked in to finish the 2020 campaign, and the same approach should make for plenty of winning football in Athens. Expect these two narrowly snubbed teams from a year ago (Oklahoma and Georgia) to flip the script this season and return to the bracket.

Let a 20% Live Profit Boost twice weekly at BetRivers.com. This special offer is available every Monday and Friday! Odds must be -200 or greater.

By consensus, these are the nation’s best teams heading into the 2021 campaign. If you plan to bet on any team this year, start here. Enjoy the preseason hype and get those futures in early.

Before you fill out your betslip, read Justin Epifanio every week at iGamingPlayer.