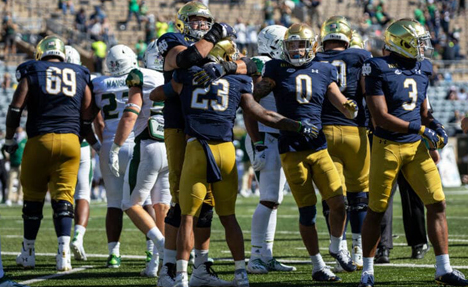 Here comes another action-packed week of early season college football, with money to be made! Which teams are dependable this weekend?

After a few weeks of opening action, the dust is clearing on the NCAA football season. With the early surprises behind us, team standings are more apparent. Here are the best spread bets to jump on this Saturday.

This Saturday, QB Jack Coan of the Notre Dame Fighting Irish will face his old Wisconsin Badgers teammates for the first time since his transfer in January. They’ll meet at a neutral site, Soldier Field in Chicago. Wisconsin has a great defense, but Coan has played them in practice, and has led an effective offense so far this season. I expect the Fighting Irish to win outright, despite being six-point dogs this week. 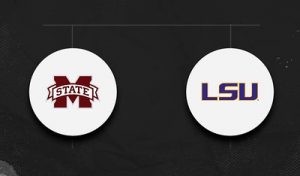 The Mississippi State Bulldogs were borderline robbed last week, when the SEC admitted to two officiating slips on a punt return touchdown that helped the Memphis Tigers come back and beat them by two points. Mike Leach and Co. could very well be 3-0 right now, having looked good so far in this young NCAA football season. The Bulldogs are another underdog I expect to win outright, as the LSU Tigers haven’t been too convincing in their first three games. The +2.5 looks like a trap to swing bettors to the LSU side. Give me Mississippi State.

New customers at BetMGM start with a risk-free first bet up to $1,000. If the bet loses, you’ll get back the same amount in free bets.

Despite being just 17-53 all-time in this in-state showdown, the Texas Tech Red Raiders could put up a good fight against the Texas Longhorns this Saturday. The Red Raider defense has been consistent through three games, allowing 21, 22, and 21 points. The offense has responded in turn, and they’re coming off a 54-point showing against Florida International. The Longhorns were as inconsistent through three as the Red Raiders were consistent (although they’ve proven they can score). Expect a high-scoring but close matchup. Texas Tech should at least keep this within a touchdown.

The Boise State Broncos are coming off their second of two close losses for the NCAA football season, and should find themselves in another tight affair this Saturday afternoon. The Utah State Aggies have a balanced, explosive offense that should at least keep this game within striking distance the whole way. Nine points seem like too many here, give me the Aggies (who are looking to stay undefeated)!

Double down on your first bet at Golden Nugget. Bet on any sport (min. odds -200) and your stake is matched with a Free Bet up to $250.

In a battle of undefeated Big 10 teams, I don’t understand a 20 point spread. Both the Rutgers Scarlet Knights and the Michigan Wolverines have shown flashes of great offense and defense through their first three wins, and Big 10 matchups tend to favor defense. In a lower scoring game, it’s unlikely that Michigan will cover 20 points. Again, this seems like a trap line. Expect the Scarlet Knights to keep this one competitive.

You can call this the Early Underdog Week of NCAA football so far. There are so many spreads in the early slate, the favorites aren’t likely to cover. These all seem like trap lines, out there to trick everyone. If you want to play it safe but still make some money, play these five underdogs in a teaser! Enjoy the games and as always, good luck.

*All odds from ESPN/Caesars Sportsbook

Is Your Online Casin