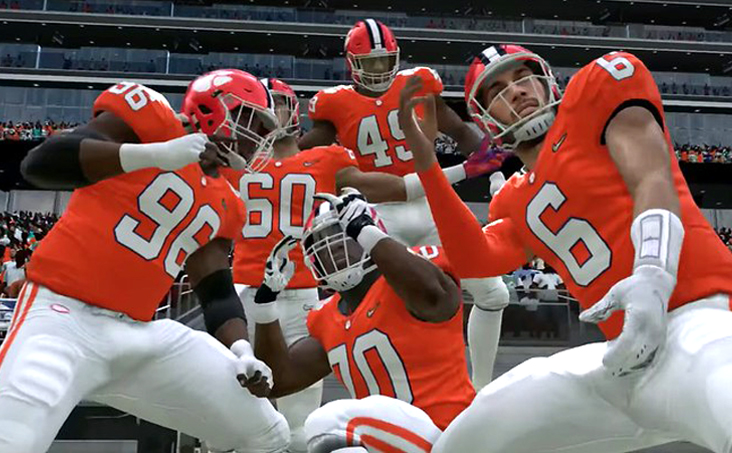 With the World Series, the Stanley Cup and the NBA Finals on the books, it’s down to football, soccer, golf and tennis for the next couple of months. Betting is going to be very weekend-heavy during the winter months. Make the right picks on NCAAF Saturday, and you’ll head into NFL Sunday playing with house money! Here are some of Week 9’s best bets.

The Boston College Eagles are not as good as their record suggests this year, with four wins against unranked opponents and two losses at the hands of their only ranked rivals. The team’s most recent ranked encounter was a 26-point loss to the #23 Virginia Tech Hokies. The Clemson Tigers are the best team in the country (a little better than VA Tech). This should be an easy cover for Coach Dabo and the Tigers.

The Yellow Jackets of Georgia Tech are pretty bad this year. They had two outlier wins against decent opponents, but other than that have been blown out in every game. And against a rolling Notre Dame squad led by Fighting Irish star QB Ian Book, they don’t stand much of a chance. Notre Dame might cover 30 points this week.

Create a new player account at WilliamHill.com and you’ll be eligible for a Free Bet up to $500 with your first real money deposit. Bag this Welcome Deposit Offer today!

This Big Ten matchup qualifies as the weirdest matchup of the day. The Wisconsin Badgers are not only missing their starting QB, but also his first two backups, leaving the #9 ranked Badgers to head into Lincoln led by their QB4. And guess what? They’re still going to win and cover. This Nebraska Cornhusker squad is 0-1 with a 35-point loss to #5 Ohio State Buckeyes this season, and it doesn’t get any easier this week. The Badgers are a very strong football team with a weakness at one position this week. Expect them to get it done.

It really pains me as a Nittany Lions fan to write this, especially considering the opponent, but Ohio State is going to roll this week. I really wouldn’t have included this game if not for such a clear pick. Penn State lost its season opener last week to the Indiana Hoosiers (even if it was on a suspect two-point conversion call), and Ohio State won theirs over Nebraska by 35. There’s a clear talent gap between these two teams, and you can expect it to show on Halloween night.

Boost your personalized parlays! Log into PointsBet.com for its new Parlay Booster feature. It allows you to build any 3+ Leg Parlay of your choosing and boost the final price yourself!

This is another case of a good team playing a bad team at too small of a spread. The North Carolina Tar Heels have looked like a legitimate contending team this year, while the Virginia Cavaliers have been embarrassed in all of their last four games. The fact that the spread is only at -6.5 is a gift, and one that every college football fan should be accepting with open arms this weekend. North Carolina by 25.

If everything goes to plan this week (famous last words of a gambler), it should end up as a pretty favorable one. I only included favorites here, but this week is a pretty big on mismatches, and this should be exploited. Enjoy these games and best of luck to you!

* All odds from William Hill Sportsbook