NCAAM Basketball: The Teams to Watch 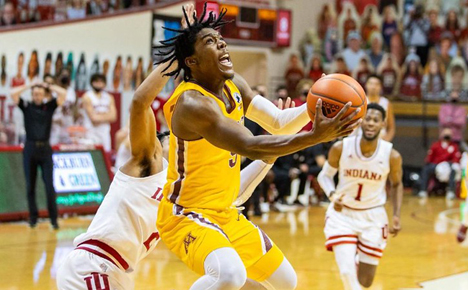 The NBA Draft is little more than a week away. Here are some NCAA basketball programs whose offseason roster moves could put them in title contention this season.

With the NBA Draft just over a week away, this might be the busiest offseason in NCAA basketball history.

That’s because every single NCAA player got an extra year of eligibility if they wanted it, plus a free pass to transfer schools without having to miss playing time. Players are flying around, college to college, teaming up with other high-profile guys to try and win a national championship. This is the closest college basketball has ever come to free agency.

Now that the dust has settled on the offseason, let’s see who’s come the farthest, and who should be closely monitored from the opening tip.

Get a Risk-Free First Bet at WilliamHill.com. Just sign up and make your first deposit. If you lose your first bet, you’ll get up to a $500 free bet back.

The Gonzaga Bulldogs lost the national championship game a season ago. So they’re going to have vengeance on their minds in 2021-22. Starters Drew Timme (one of the best returning players in the country) and Andrew Nembhard will both be back, along with most of their depth players.

The Bulldogs also bring in Iowa State transfer Rasir Bolton and three Top 25 recruits in Chet Holmgren, Hunter Sallis and Nolan Hickman. This team should be loaded, possibly even more so than a year ago. So keep very similar expectations for Gonzaga this season.

Chris Smith was arguably the team’s best player last season before missing the final 2/3 of the year, including the tournament. He’ll be leaving for the NBA Draft, but this team has clearly shown that it can win games without Smith. With the continuing emergence of Juzang, the ceiling is very high for this iteration of the Bruins.

Earn Rewards Points on every bet at PointsBet.com! Watch your balance grow with every wager you place, then redeem your Points for Free Bets! 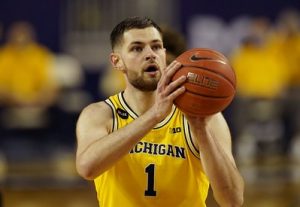 The Michigan Wolverines were a 1-seed and looked to be rolling to the Final Four before a shocking Elite 8 loss to the aforementioned Cinderellas, the Fighting Juzangs.

In head coach Chris Beard’s first offseason in Austin, he got busy in the transfer portal. Since then, he’s added five transfers who averaged double-digit points per game a season ago. Marcus Carr (top transfer in nation), Tre Mitchell and Timmy Allen headline the group, as they all average high double-digit point totals and should be starters for the Longhorns.

They’ll join returners Andrew Jones and Courtney Ramey in a starting unit that will be feared across the Big 12. This team now also has plenty of depth and should be taken very seriously as a national title contender.

Let a 20% Live Profit Boost twice weekly at BetRivers.com. This special offer is available every Monday and Friday! Odds must be -200 or greater.

If Michigan doesn’t capture this season’s Big 10 title, you’d better bet that Purdue Boilermakers will take that spot. The team will be returning its top eight scorers from last season, when its 18-10 record earned a 4-seed in the NCAA tournament.

Trevion Williams and Jaden Ivey are considered two of the best returning players in the country. In a list of teams generating hype by acquiring new talent, Purdue’s advantage will be the team’s experience and chemistry. It’ll be exciting to see how this approach pans out in a conference full of roster turnover, but the sky’s the limit for this team.

Start every week with a $10 Free Bet with the Money Monday Club at BetMGM.com. Win or lose, your sports wagers are going to pay off the first of every week.

In sum, this has the potential to be one of the most talent-filled, exciting college basketball seasons in recent history. With extra eligibility and free transfer passes being handed out like Covid vaccines, there’s never been more of an incentive to play in the NCAA. Not to mention that college athletes can now (finally) profit from the use of their names, images and likenesses. There should be plenty of enthusiasm surrounding the sport this season, so don’t miss a second.

In the meantime, there’s no better time of year to get in those futures bets.