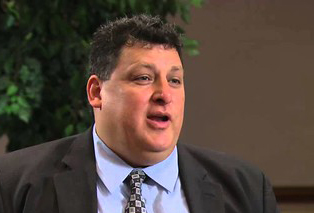 A petition drive to put casinos on Nebraska’s November ballot has been put on hold. Organizers need to submit 121,000 signatures by July 2. Lance Morgan (l.), president and CEO of Ho-Chunk Inc., said signature-gathering will resume later this spring.

In Nebraska, the coronavirus has forced organizers of a petition drive to legalize casinos to stop collecting signatures to place the issue on the November ballot. But organizers said they’ve already gathered a large portion of the 121,000 signatures that will be required by the July 2 deadline.

Lance Morgan, president and chief executive officer at Ho-Chunk Inc., the group behind the petition drive, said, “We’re within shouting distance of getting what we need. It won’t take a huge effort to get there. It’s still snowing and cold out there and people are nervous, so it makes sense to take a little hiatus.”

Campaign organizers said they already had slowed their signature-gathering activities during the winter. They simply decided to extend that break for a few more weeks in response to the coronavirus and hope to resume collecting signatures later this spring.

Nebraska Secretary of State Bob Evnen said he does not plan to extend the deadline for submitting signatures. “There has been time prior to the spread of this virus for those seeking signatures to do so,” Evnen said.

Morgan said he believes legalizing casinos will be an easy sell, based on polling numbers. He said a study showed Nebraska spent $11.1 billion at Iowa casinos since they opened in the 1990s. Opponents include Governor Pete Ricketts who has said expanded gambling will lead to societal problems.