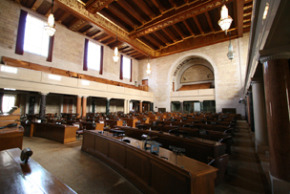 Opponents of a bill that would regulate the daily fantasy sports industry in Nebraska blocked a vote in the state’s unicameral legislature.

Senator Tyson Larson calls his bill a consumer protection measure. His bill defines the games as games of skill, which, if the bill passes, would inoculate them against the state’s ban on gambling.

One opponent says Larson is trying to play his fellow lawmakers as “rubes,” and notes that the two industry leaders, FanDuel and DraftKings, favor the bill.

Another critic, Senator Suzanne Geist said the bill would codify “online gambling.” It has also brought out the usual critics of gambling who say that addiction to it destroys individuals and families.

Industry experts estimate that 300,000 in the state play DFS. Supporters of the bill say that since they already play DFS that the bill would hardly be opening a Pandora’s box.

Besides legalize DFS, the bill would require that operators pay a $10,000 registration fee. Violators of the law could be hit with penalties of up to $5,000.

In order to kick the bill free from legislative limbo, Senator Larson will have to demonstrate that he has the 33 votes to defeat a filibuster.