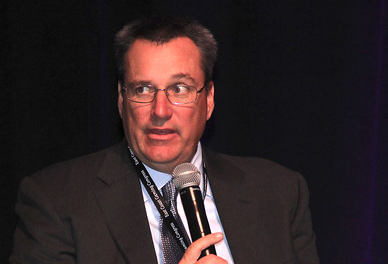 The $17.3 billion mega-merger of Eldorado Resorts and Caesars Entertainment took a big step forward with a unanimous endorsement from the Nevada Gaming Control Board and the state Gaming Commission. Indiana regulators concurred the next day, but with conditions. With only New Jersey left to sign off, the merger looks set to close, as expected, this summer.

Eldorado Resorts’ $17.3 billion acquisition of Caesars Entertainment has sailed to approval in Nevada at a special simultaneous hearing before the state Gaming Control Board and the Gaming Commission.

Both the three-member Control Board and the four-member Commission voted unanimously to approve the mega-merger, which will create an industry giant with nearly 60 properties in 16 states.

Indiana was concerned about market concentration where the post merger entity would control five facilities—the Caesars-owned Horseshoe Hammond Casino in Hammond, Caesars Southern Indiana Casino in Elizabeth on the Kentucky border, Harrah’s Hoosier Park Racing & Casino in Anderson, Indiana Grand Racing & Casino in Shelbyville and Eldorado’s existing property, Tropicana Evansville. The combination would give Caesars a market share in Indiana of between 50 percent and 60 percent. Gaming Commission members suggested that three of the properties be sold, dropping the market share to under 40 percent.

Concerns were raised about Eldorado’s previous experience with racetracks in Pennsylvania and West Virginia, where two facilities were purchased and later sold.

Gaming Commisson Chairwoman Deena Pitman said, “Eldorado is not truly interested in becoming a true horse racing partner” with the state “as evidenced by its lackluster efforts at other racetracks that it owns or has previously owned.”

“Eldorado has limited racing experience and lacks a deep bench of racing expertise to pull from when adding the existing properties in Indiana,” Reed said. In his report, he cited concerns with Eldorado’s racing management when it came to facilities, issues with horsemen and lack of capital expenditures. Eldorado has said it plans to sell three of the five properties it is acquiring in the state𑁋which also includes Caesars’ Horseshoe Hammond and Horseshoe Southern Indiana𑁋and is expected to look to sell one or both of the racetracks.

Pitman, meanwhile, has said that any conditions imposed on Eldorado “must allow for meaningful accountability to ensure that the commitments that Eldorado has made are not eroded due to outside challenges or circumstances or general reluctance to spend additional money on racing.”

While the racetracks are prime candidates to be sold, Eldorado CEO Tom Reeg said that a sale of Horseshoe Hammond would also be considered. With that stipulation, the Gaming Commission approved the sale.

The endorsements left only New Jersey as the lone jurisdiction to give it’s OK. But the state Casino Control Commission is expected to vote yes this week after its concerns over a possible closure of one of Caesars’ Atlantic City casinos were satisfied with the announcement back in April that Bally’s Atlantic City would be sold to regional operator Twin River Worldwide Holdings (TRWH).

The Nevada hearing, meanwhile, had been expected to go smoothly and it did, bolstered by the Federal Trade Commission’s approval of the merger on June 26. The FTC had expressed concerns about undue concentration in Northern Nevada, but those went away with Eldorado’s sale of Montbleau Resort Casino in Lake Tahoe to Twin River and Caesars’ sale of the venerable Harrah’s Reno, shuttered since March, to a non-gaming property development group.

The combined companies’ Nevada assets also will include Tropicana and Harrah’s resorts in Laughlin.

Las Vegas, Caesars’ largest market, presented regulators with no complications because Eldorado owns no casinos there, and Eldorado’s management, which will control the merged companies, already has indicated its intention to unload one and possibly two of Caesars’ eight Strip resorts.

Regulators also were satisfied by the appointment of long-time Caesars executive and former Las Vegas Mayor Jan Jones Blackhurst to head a new committee of the merged board of directors to oversee social responsibility and diversity. The position was announced at the hearing.

Control Board Chairwoman Sandra Douglass Morgan hailed the merger, saying it not only creates the largest U.S. gaming company but also provides a “new Caesars” with an opportunity to “be a leader in the state.”

She added that she “hopes to hear updates on both investment in Nevada properties and employees.”

The board and the commission also approved William Hill US to take over all the Caesars-operates sportsbooks in Nevada, an agreement that was sealed last year in exchange for Eldorado obtaining a 20 percent ownership stake in Hills US.

TRWH is in the midst of a diversification strategy that includes purchasing of properties in several states. CEO and President George Papanier stated, “Isle Kansas City and Lady Luck Vicksburg expand our geographic footprint with assets in attractive markets.”

The company has announced its intention to acquire two other Eldorado properties in Shreveport and Lake Tahoe for a combined $155 million and to buy Bally’s Atlantic City Hotel & Casino from Caesars Entertainment for $25 million.

The sales also benefit Eldorado Resorts Inc. by removing some properties that could attract the Justice Department’s scrutiny prior to its $17.3 billion merger with Caesars Entertainment.

Eldorado CEO Tom Reeg stated, “The sale of these two assets is consistent with our continued focus on reducing debt ahead of the expected closing for the Caesars transaction.”