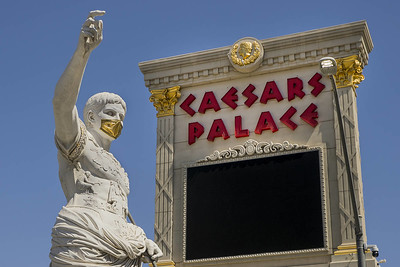 Legislation passed by Nevada senators provides an array of safeguards for employees in the hospitality sector and broad immunity from virus-related lawsuits for casinos, other businesses and government agencies, including schools. Teachers and healthcare workers are on their own.

Nevada’s Senate has given its OK to controversial legislation that advances Covid-19 protections for hospitality workers but leaves out other key groups, such as teachers and healthcare workers.

The bill, which cleared the upper house on August 4 by an 18-3 vote, was part of a package of provisions that will buffer businesses, including casinos and hotels, along with government agencies including schools and non-profits𑁋but not hospitals or health care facilities𑁋from most forms of liability in the event of Covid-related lawsuits.

Brin Gibson, Governor Steve Sisolak’s interim general counsel, said the legislation grew out of conversations with “some of the most important members of Nevada’s economy.” Supporters included the casino industry, business groups and the politically powerful Culinary Union.

“They struck this language, and they decided that based on how the various weights and balances that are out there, that these elements should be included in here in this way, and what I would say is that based on that yield, this is where we ended up,” Gibson said.

In essence, the bill sets up a higher standard before a Covid-related personal injury or death lawsuit against a business or entity can be filed, stating that all entities covered under the bill are immune from such litigation as long as they are in “substantial compliance with controlling health standards” or unless plaintiffs can prove the entity violated those standards with gross negligence.

That bill defines “substantial compliance” as “good faith efforts” to help control the spread of the virus, including establishing policies to enforce and implement “controlling health standards” in a “reasonable manner.”

“Controlling health standards” is defined as any federal, state or local law or regulation or any written order by a governmental body that “prescribed the manner in which a business must operate at the time the person allegedly failed to comply.” This includes existing mandates on facial coverings and limits on gatherings of more than 50 people but not many of the technically non-binding recommendations suggested by the governor’s office and health officials since the pandemic hit this spring.

It does not include “isolated or unforeseen events of non-compliance,” meaning that merely contracting of the virus in a location would not meet that standard required to bring a lawsuit.

The Culinary Union, which represents some 60,000 hospitality workers across the state, hailed the legislation, which also beefs up cleaning policies for large casinos and hotels in Las Vegas and Reno and enhances protections for their employees.

Among its provisions, the bill requires the governor’s office to develop regulations including protocols on social distancing, access to hand-cleaning, sinks and soap, hand sanitizer and personal protective equipment, such as gloves or masks, at no cost to employees.

It requires that local and state health officials regularly inspect resort hotels every two months and hotels with more than 200 rooms every three months for compliance with health standards and authorizes them to administer fines of $500 for an initial violation and $1,000 for each subsequent violation.

It also provides paid time off for casino workers awaiting Covid test results if they are in close contact with a guest or other employee who tested positive for the virus. Also, any employee who tests positive will be allowed a minimum of 14 days off, including 10 paid days.

“We hope today that we will ensure workers and their families are protected from the spread of Covid-19 in the workplace,” Culinary Secretary-Treasurer Geoconda Arguello-Kline said in written testimony to lawmakers.

“Unfounded litigation has the potential to cripple Nevada’s businesses, leading to more closures and greater economic difficulties,” said Sasha Stephenson, a lobbyist for MGM Resorts International. “The targeted liability protection itself will have the opposite effect. It will allow good actors to stay open as long as they remain vigilant in keeping employees and guests safe.”

In opposition are the state’s trial attorneys association, teacher unions and hospitals, which believe they’ve been unfairly excluded.

“While it is encouraging that kids don’t get sick and die in the same numbers as adults from Covid-19, evidence is mounting that they can be significant vectors,” NSEA lobbyist Chris Daly said.

“Even with the best safety measures in place, educators and students will still be at risk,” said Marie Neisess, president of the CCEA. “Putting a bill in place that protects the employer rather than the employee is unacceptable. Yet this bill asks educators to be OK with possible exposure to a life-threatening disease that will hold our employer free of any responsibility.”

“Throughout this pandemic, we have worked closely with Governor Sisolak and his office to fully support his goals to flatten the curve and protect hospital capacity. As written, this bill undermines our efforts to protect Nevadans’ health. Nevada hospitals are the front line of this pandemic. Hospital capacity is critical for providers to treat this fast-spreading virus.”

Though only three senators voted against the measure, the opposition crossed party lines.

“I’m here to represent, as far as I’m concerned, represent everybody, all the workers in the state of Nevada,” said North Las Vegas Democrat Marcia Washington said. “My main concern is about all of the workers, and not just the Culinary. What about the other essential workers and the school district and the hospitals, construction, etc.?”

Republican Senator Ira Hansen, whose district comprises much of the west and northwest of the state, including Reno, complained that health care facilities were being offered up as a “sacrificial lamb” to the legal community so “the other guys can get protection.”

“That is just unacceptable,” said “We cannot have our entire medical community being subjected to lawsuits while we give exemptions.”