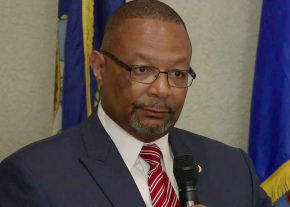 Rep. Reginald Jones-Sawyer, who has sponsored several online poker bills over the years, has introduced the Internet Poker Consumer Protection Act (AB 1677) into the California Assembly. For the ninth year in a room an online poker bill of some sort has surfaced in the legislature.

The lawmaker represents a Los Angeles-based district that has no card rooms.

Like last year’s attempt, this bill includes a subsidy to the state’s racetracks in return for their nonparticipation. Racetracks have insisted that since they operate a form of online gambling they should have a place at the table. The bill would pay them as much as $60 million a year.

It is vague about the so-called “bad actors,” which is the term some gaming tribes choose to designate PokerStars, because it ran afoul of the federal government several years ago for allowing Americans to play on its off-shore poker site. The bill does have “suitability” requirements that the author hopes will assuage those who want to keep PokerStars out. Suitability would be determined by the regulatory agency put in charge of online poker.

The Morongo tribe and its coalition of gaming tribes and card clubs wants to keep PokerStars in because it has more experience running online poker sites than anyone else.

Others oppose its participation because they feel it gained an unfair competitive advantage when it was operating illegally in the U.S. and built up a database of players. It currently controls 70 percent of the world iPoker market.

It reentered the American online poker market in 2011 in New Jersey.

The state would collect a $12.5 million licensing fee under the bill, which would be good for seven years. Operators would be taxed by a four-tiered system, with rates ranging from 8.847 percent to 15 percent for casinos earning more than $350 million a year.

Two gaming tribal leaders are skeptical that this bill will move any further than previous ones. They are Robert Martin, chairman of the Morongo Band of Mission Indians, and Steve Stallings, chairman of the California Nations Indian Gaming Association, a member of the Rincon tribal council.

It is estimated that one million Californians play real money online poker and the state’s market could be as much as $400 million annually.

Some Washington observers say it is possible that the Trump administration will once again clamp down on online gaming, something that the Obama Justice Department loosened.