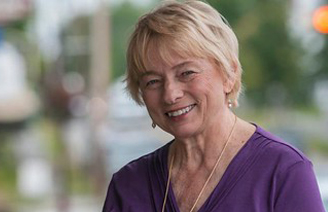 As the new year gets under way, Vermont and New Hampshire are in various stages of offering sports betting. Vermont just introduced a bill to approve the wagers. New Hampshire’s industry just launched, with favorable numbers out of the gate. But Maine Governor Janet Mills (l.) has turned thumbs-down on the wagers, at least for now.

Think of Vermont, New Hampshire and Maine, and picturesque small towns come to mind—the kind of towns with Main Streets, and churches with steeples, and leaves of red and gold each autumn, and bets on the Patriots to win…

Yes, now you can add sports betting to the mix as Northern New England makes its move to solidify legalization, at least in two of the three states.

Vermont
In the Green Mountain State, Senators Dick Sears and Michael Sirotkin introduced a mobile-only sports betting bill this week that calls for license fees of $10,000 for both operators and suppliers. Other provisions include:

Betting will be overseen by the state Board of Liquor and Lottery. If an operator loses money in a given month, the losses can offset future tax payments. The bill also codifies operators’ ability to lay off bets, saying the practice is permitted as long as both parties are transparent. If Bill S.213 succeeds, sports betting could go live by the middle of 2020.

Look to neighboring New Hampshire as the reason for the current push. The Granite State, which went live with legal sports betting at the start of this year, saw nearly $3.5 million wagered in the first week, Governor Chris Sununu said in a tweet, with revenues benefitting public education.

In the first seven days, the state secured more than 16,000 new registrations in a state that has about 600,000 residents.

At the start of the year, New Hampshire went live with sports betting online through DraftKings Sportsbook, so will Massachusetts residents flock to the state to wager? Based on the initial results, New Hampshire could win the battle for Boston’s bettors. Pent-up demand appears to be very high.

DraftKings Sportsbook registered more than 6,000 players on the first day alone. Players bet more than $250,000, a significant amount for a Monday without an NFL game, according to LegalSportsReport.com. More than 16,200 players registered accounts as of January 6, according to InDepthNH.com.

The New Hampshire Lottery didn’t break out specifically how many of those accounts came from out of state, but the total from Massachusetts was “significant,” according to the Associated Press.

It seems natural that Boston-based DraftKings would seek the more than 4.5 million people in the metro area. Not only is it in their backyard, but it’s also more than three times larger than New Hampshire’s 1.4 million population.

New Hampshire represents just one potential competitor for Vermont. New Englanders also have the option to wager via retail or mobile means in Rhode Island as well. Vermont is one of the few states with no commercial gambling other than the lottery, which explains why the bill calls for mobile betting only.

New Hampshire represents just one potential competitor for Vermont. New Englanders also have the option to wager via retail or mobile means in Rhode Island as well. Vermont is one of the few states with no commercial gambling other than the lottery, which explains why the bill calls for mobile betting only.

Despite the New England Patriots getting knocked out in the first round of NFL playoffs, New Hampshire players are embracing sports betting, said Charlie McIntyre, executive director, New Hampshire Lottery. “In addition to players from New Hampshire, we have already seen a significant volume of players from out of state signing up to play. We look forward to building on our success, while offering our players a completely new way to experience the thrill of winning.”

New Hampshire state laws do not allow wagers to be placed on college teams from the state or college games taking place within state lines.

Sports betting could have been legal in Maine by January 10, but last Friday, Governor Janet Mills closed the book by vetoing a bill passed by the legislature in June.

Pro-sports betting lawmakers were optimistic Mills would simply let the bill become law without adding her signature. But on January 10, the Democratic governor shot down a bill that would have added the state to a growing number that allow gambling on sports events. Mills said she remains “unconvinced at this time that the majority of Maine people are ready to legalize, support, endorse and promote betting on competitive athletic events.”

Mills said the state is not sufficiently informed to OK legal sports wagers. According to the Associated Press, she said must put the brakes on illegal gambling and build a framework that protects young gamblers and the vulnerable.

The Rhode Island Lottery launched its mobile sports betting product through IGT and William Hill at the beginning of the NFL season. Account registrations have been slow to grow, however, because of Rhode Island’s in-person registration requirement. As of December 2, Rhode Island had fewer than 8,000 people complete the registration process at one of Twin River‘s two casinos.

That pace could grow if a new trial program currently being tested by Twin River succeeds. The unidentified program was developed as the next evolution of the Rhode Island sports betting product to get more activations completed, a Twin River spokesperson said, without details.