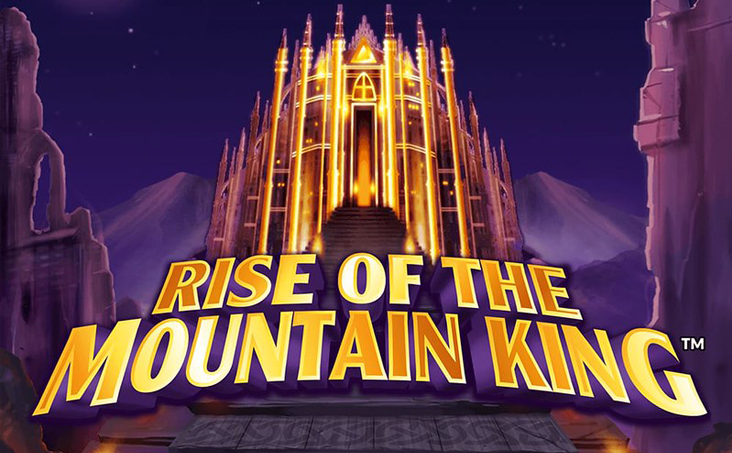 An exciting new fantasy-themed slot game. Rise of the Mountain King from SG Digital, and the money-centric Capital Gains from AGS pack some great online fun and big jackpots. Read on to learn more.

Rise of the Mountain King by SG Digital

This fantasy-themed game includes several unique features, centered around variations of a persistent style of bonus. The base game is a five-reel, 30-line slot game, but the player is offered the chance at the outset to bypass the primary-game reel-spinning and move directly to the main “Rise of the Multiplier” bonus event.

The cost to bypass (or “Buy Pass,” as it’s called in the game) the reel-spinning is not cheap—it’s 100 times your total bet. However, for increments of 12.5 times the total bet, you can “gamble” to enter the feature, with the chance that Buy Pass will be activated proportional to your gamble bet.

In normal game play, three, four or five scatter symbols trigger eight, nine or 10 free games in the Rise of the Multiplier feature. A “Collect” meter appears above the reels for the free spins. Each scatter symbol landing in a free-spin increments the Scatter Collect count. One extra free game is awarded for every scatter collected during the free games.

Sign up to play ‘Rise of the Mountain King’ at CaesarsCasino.com, and you’ll be eligible for a 100% first-deposit bonus of up to $300!

There also is a “Wild Multiplier” feature within the Rise of the Multiplier sequence. All wins in which one or more wild symbols appear during the free games are multiplied by the active Wild Multiplier number, which starts at 5X and increases when the Scatter Collect count reaches various threshold: Six scatters raises the wild multiplier to 10X; nine scatters, 15X; 12 scatters, 25X; 15 scatters, 50X; and 18 scatters, a whopping 100X.

This is a classic money-themed game from AGS in the PowerXStream series of games, which pay for adjacent symbols with no paylines for 243 possible ways to win on each spin.

There are two separate bonus features in the game. Six or more trigger symbols enact the main Money Charge Bonus, a hold-and-re-spin style of feature. Three initial free spins are awarded, and any trigger symbol landing locks in place, returning the free-spin count to three. At the end of the bonus—when no free spins remain and no trigger symbols land—each symbol awards either a credit amount or one of the progressive jackpots.

There are four progressives on the meter, but only three are available in a single bonus, until trigger symbols occupy 14 of the 15 spots. That unlocks the top Grand Jackpot for the remainder of the spins.

Play online slot games at BorgataCasino.com, and you’ll collect a 100% percent deposit match up to $600—plus 20 bucks on the house!

Three bonus symbols in any position during a base game spin trigger the Pick Bonus. The player chooses one of two icons to reveal either the Money Charge Bonus or the Free Spins bonus. If Free Spins is revealed, a random number of free games is awarded with a random number of wilds added to the reels. The spins awarded can total six, nine, 12 or 15, with 50, 100, 150 or 200 wild symbols added to the reels.

Players can be awarded additional free spins during the feature, with the same possibilities as the initial triggering spin.

Come Get Your MLB Pl