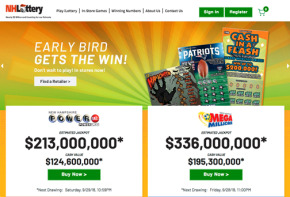 The New Hampshire Lottery has launched iLottery, giving players the chance to enjoy their favorite games online, according to WMUR News 9.

The iLottery also plans to unveil new games monthly and will ultimately offer 24 e-Instant games by the end of the first year.

Since the debut of iLottery in New Hampshire, more than 4,200 players have signed up, and there has been more than $360,000 in winnings so far.

The Oregon Lottery has added a mobile app in an effort to attract younger players and keep pace with the growing iGaming and iLottery market, Willamette Week reports.

The new app will let players verify wins and losses for scratch-its, draw games and keno. For winning ticket holders, the app offers “built-in excitement” to enhance the experience.

The app is now available at the Apple Store, and will be added to the Google Play Store in November.

The lottery plans to offer virtual online sports and sports betting in the future, but has not released a timeframe.