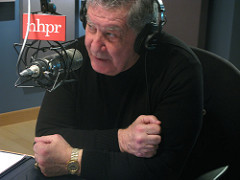 Many observers of Granite State politics are skeptical that the New Hampshire legislature is ready to adopt any kind of online gaming bill yet. They point to neighboring states like Pennsylvania and New York, which have talked about it a great deal without taking any action.

For years there hasn’t been much interest in the state in legalizing gaming, however there is some activity on a bill that would call for two casinos.

The latest bill, like every other similar bill in the last two decades, is the work of the indefatigable Senator Lou D’Allesandro, who could be considered the epitome of optimism in the face of defeat after defeat.

This year his bill once again won the Senate, by 19-13 only to founder in the House where in May 4 it was sealed in amber by a motion to indefinitely post pone it.

The senate’s bill lost some support because it wasn’t clear where the casinos would be located, and more seriously, because it had no provision to keep one company from cornering both gaming licenses.

The reason the bill keeps rising from the dead is the additional $150 million from a 35 percent gaming tax that supporters say would be paid into the state treasury if the casinos are built.

The senator has long argued that New Hampshire is losing such taxes to surrounding states and that every day buses are taking Granite Staters to play. “It’s time for New Hampshire to do something. No state that has done this has crumbled,” he said recently.

He is referring to Maine, which has two casinos, and Massachusetts, which has a slots parlor and will soon add to casino resorts. Maryland has several casinos, as do Pennsylvania and Delaware. And, of course, Atlantic City, New Jersey, is the Las Vegas of the East.

New Hampshire does have some charitable card clubs that offer poker, roulette and blackjack. Wagering on horse and dog races are also allowed at such locations.

On September 6, the legislature will hold hearings on HB.562, which would authorize online gaming in the state.