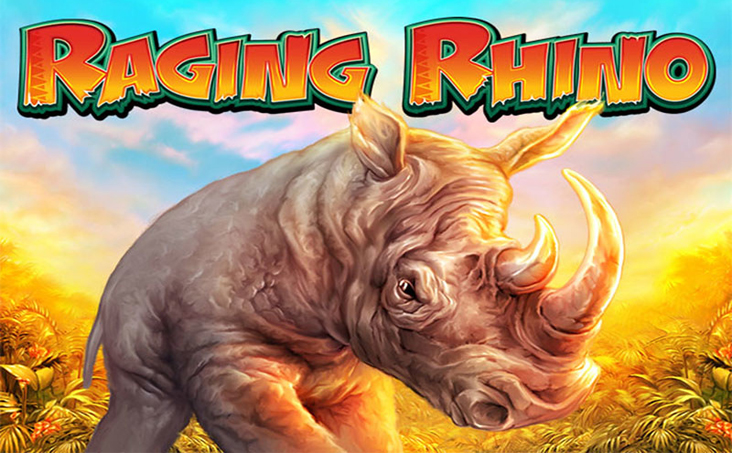 These new online slots will transport you to fantastic destinations, from the African savannah to the Vegas Strip. Check out Raging Rhino Ultra from Scientific Games and Wild Nights from Ainsworth.

This game features an African safari theme wrapped into a unique reel setup. It’s a ways-to-win game, which means there are no paylines, and wins are registered by adjacent symbols. It’s unique because it has six reels, which means a possible 4,096 ways to win on each spin.

Before beginning, the game offers players a choice to activate “Turbo Mode.” This is for people who don’t want to sit around watching reels spin. Turbo speeds up the entire game. There also is an option to activate “Auto Play,” which doesn’t even require you to hit a spin button—just sit back and watch the game sort of play itself. 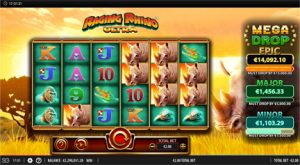 In addition, there’s a “Bonus Guarantee” of 10 times the total bet for the free-spin round. If the triggering bonus and free-game wins amount to less than 10 times the bet, that amount is automatically awarded.

A central feature of this game is a mystery feature that can occur on any spin. Called “Mega Drop,” the feature is guaranteed to return one of three progressive jackpots, resetting at $500 (Minor), $1,000 (Major) and $5,000 (Epic). When a progressive is triggered, one of the jackpots is awarded instantly, regardless of the bet level.

Go big and double your money at GoldenNuggetCasino.com. Just sign up to play, and your first deposit will be matched, dollar-for-dollar up to $1,000! An offer this great won’t last forever. Don’t miss out! 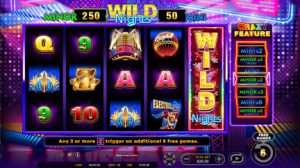 With a Vegas glitz theme, this game offers free spins and a unique prize feature for certain wins.

The base game is a five-reel, 25-line slot. In the primary game, before each spin, a wheel at the right of the reels spins to a “Crazy Feature” prize. This prize is tacked on to the pay for any five-of-a-kind win on that spin.

The possible Crazy Feature prizes include the five jackpots displayed at the top of the screen—Mini, 50 credits; Minor, 250 credits; Maxi, 1,250 credits; Major, 5,000 credits; and Grand, 10,000 credits. The prize wheel includes not only each amount, but multiples of the prizes, ranging from two to six times the jackpot amounts, and even several of the jackpots in a single spin. Each of the Crazy Feature prizes also can be won through line combinations in the primary game.

In the primary game, the “Wild Nights” symbol is wild, appearing on all but the first reel.

Kick off the holidays with cash! Opt in to the Grand Feast Sweepstakes at BorgataCasino.com, BetMGM.com and PartyCasino.com through December 7. Earn 1 entry for every $20 wagered on our featured slots, with 1,000 cash prizes are up for grabs!

Hard Rockin’ in a