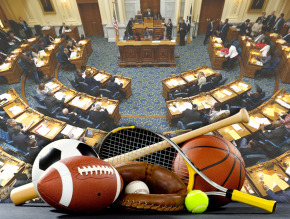 The New Jersey Assembly Appropriations Committee on March 20 released a bill that would clarify the legality of daily fantasy sports in the state.

Currently, New Jersey residents play DFS, but it is not expressly authorized or regulated, NorthJersey.com reports. Supporters of the bill say that investigations in other states have found “questionable behavior” by some employees of DFS operators because of lack of regulation.

The bill (A-3532) is designed to provide oversight and protect customers.

“The fantasy sports industry is a growing market year after year. The time is right for New Jersey to enter the fold with regulations aimed at providing strong consumer protections for our residents,” Assemblyman Vince Mazzeo, D-Atlantic, told NorthJersey.com.

“This legislation not only protects consumers, but promotes a positive business environment for fantasy sports operators and their thousands of New Jersey customers.”

The bill would regulate large-scale commercial fantasy sports activities, which are defined as fantasy or simulated activities or contests with an entry fee in which a participant owns or manages an imaginary team and competes against other participants or a target score for a predetermined prize.

The bill does not limit small-scale season-long DFS activities conducted among family and friends.

Individuals under age 18 and those with financial interests in the fantasy sports industry would be prohibited from the game. And, it would impose fines on anyone tampering with DFS operations or affecting games’ outcomes.