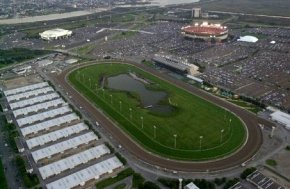 New Jersey legislators have hit on yet another way to expand gambling in the state by proposing on-site online gambling at the state’s racetracks.

A new bill introduced in the state Assembly would allow racetracks to offer online facilities—in the vein of internet cafes—to customers.

New Jersey already allows online gambling through sites linked or partnered with Atlantic City casinos. Those sites, however, can be accessed anywhere in the state. The new bill would allow those online providers to partner with the Monmouth Park Racetrack in Oceanport and Meadowlands Racing & Entertainment in East Rutherford. The tracks would then create online gambling areas.

“It’s not going to happen, Jay,” Christie said on the show according to NJ.com. “We just put a referendum on to have casino gaming in other parts of the state and it lost with 80 percent of the vote. Jay, the people have spoken.”

In November, New Jersey voters overwhelmingly rejected a plan to build new casinos in the state outside of Atlantic City. A small portion of that plan would have dedicated new casino revenue to help the state’s struggling horseracing industry.

During the program, Christie also said voters had made a “dumb move” to vote down the referendum, but Coffey pointed to the vagueness of the referendum—which did not name where casinos would be built—as a major reason for the defeat. Christie also said he believes the state will eventually win its battle to allow sports betting at the racetrack and Atlantic City casinos.

Proponents of the new bill say racetrack customers can already legally access the state’s online sites on their phones or devices—as they can anywhere in the state—and the bill simply allows the racetracks to set aside online gambling areas. They feel that the bill would not require voter approval.

Critics, however, say the move is simply trying to find a way around the defeat of the casino referendum.

Assemblyman Ralph Caputo, a co-sponsor of the bill told NJ.com that the bill isn’t “circumventing the public.”

“This is a win-win for both the racetracks and the casino industry,” Dennis Drazin, Monmouth Park adviser told NJ.com. “The racetracks would be leasing the casinos floor space in a designated area for a dollar. The casinos would have another venue to operate online gaming. You already have people there betting on horse racing. We’d be giving casinos a chance to get a regular customer that is used to gaming.”

Another move in Trenton seeks to approve allowing video lottery terminals at tracks, but such a move has been defeated several times in the past. However, critics of this new plan said that the legislation is so broad, the tracks may be able to install gambling machines that essentially turn them into racinos.

“We just had an election on this issue,” said state Sen. Jim Whelan, a former Atlantic City mayor told NJ.com. “I think the people of New Jersey spoke loud and clear.”

The state Casino Association of New Jersey also came out against the plan.

“Last month, New Jersey voters overwhelmingly rejected a ballot measure that would allow casinos in northern New Jersey, delivering a resounding no to casino development outside of Atlantic City,” the association said in a press release. “Despite that statement by the people of this state just last month, legislation was almost immediately moved that would effectively allow casino slot machines at New Jersey racetracks outside of Atlantic City.”

The association is a lobbying group representing Atlantic City casinos.