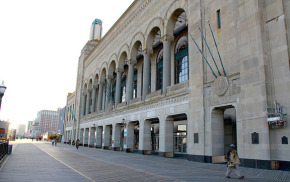 The events will be presented by Ingame Esports Inc., which has opened an Atlantic City office.

“It may sound odd to many of us, but thousands of people sit around and watch people play video games,” said CRDA Executive Director Matthew Doherty. “This may be the future of spectator sports.”

Thomas said she expects the company’s first event to focus on the fighting game community, but other events will include a summer event for college teams and an East Coast Athletic Conference eSports event.

Doherty said CRDA will determine which events to back with the funding.

“There are communities building stadiums for this,” said Atlantic City Mayor Frank Gilliam, who is on the authority board. “These folks are paid as professional athletes just for pushing buttons. It’s something in my opinion that puts Atlantic City on the edge of something different and new.”

The commitment comes as the city’s Ocean Resort casino is holding an eSports event this month for the N3rd Street Gamers of Philadelphia—the CS:GO event of NSG’s Eastern Conference Championship with a $30,000 prize pool, according to the company website.