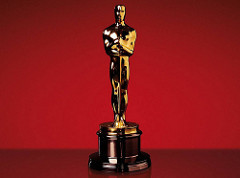 New Jersey has beaten Nevada to the punch by becoming the first state where you can bet on which film will win best picture at the Oscars.

There was a little confusion at first as the state’s Division of Gaming Enforcement sent an e-mail to the state’s sportsbooks allowing Oscar bets, but then asked that the odds be taken down.

“We saw something we wanted to look into a little more closely,” David Rebuck, director of New Jersey’s Division of Gaming Enforcement told reporters after betting resumed, but did not say what specific issue was reviewed.

With betting resumed, the state’s sportsbook operators are looking for a chance to entice non-sports fans to their facilities.

“We have customers who aren’t huge sports fans, but enjoy playing games like bingo or roulette with us,” Mattias Stetz, chief operating officer of Rush Street Interactive, which operates PlaySugarHouse.com in New Jersey told the Associated Press. “We believe a new audience may be fans of the Oscars and want to make their viewing experience even more exciting by placing a bet on their favorite movie.”

Betting on the Oscars varies by sites, which include a strong online presence for sportsbooks in the state. SugarHouse, for example has the film “Roma” as a favorite to win best picture at the February 24 ceremony. Some sportsbooks are accepting bets only on best picture nominees, while others are offering more options, like best director, best actress and best actor, according to the AP.

Nick Bogdanovich, William Hill’s director of trading, told the wire service that Lady Gaga—nominated for best actress—has been the most popular choice among bettors. Fifteen of the 82 tickets that William Hill—which runs sportsbooks at Monmouth park racetrack and in Atlantic City—had taken on the event February 8 named Gaga.

“I don’t know if that’s horrible, great or what because it’s the first go round,” Bogdanovich said of the total number of tickets. “But I guess 82 tickets is 82 tickets regardless of whether it is on NBA, baseball or whatever. I was just happy that we were able to book it… The more diverse we can get the better.”

New Jersey’s move did elicit some reactions in Nevada, which has resisted allowing bets on non-sports events.

A.G. Burnett, former chairman of the regulatory Nevada Gaming Control Board, told the AP that the state’s decision to approve bets on non-sporting events considers how the event is supervised and whether the event’s outcome is verifiable and generated by a reliable and independent process.