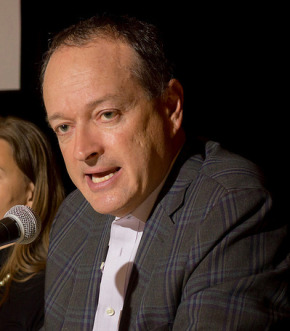 October was another strong month for New Jersey’s nascent sports betting industry with its casinos and racetracks taking in $260 million in sports handle.

The handle is up 41 percent from September. About $17.4 million was bet at online sports books with $86.3 million bet at the state’s nine live sportsbooks.

The figures bring the total handle since sports betting launched in the state about four months ago to $597 million.

The state’s sportsbooks held or won about $11.7 million in revenue, down significantly from about $24 million in September.

Still, sports betting revenue helped Atlantic City’s casinos to realize an about 16 percent increase in revenue for October over October 2017, according to an analysis by the Associated Press.

“The numbers continue to be impressive,” Joe Asher, CEO of bookmaker William Hill US told the wire service. “It’s important to remember that the New Jersey sports betting industry is just ramping up. We didn’t even have our app in the Apple Store until the end of September, so we are very pleased.”

A spokesman for FanDuel, which runs the sports book at the Meadowlands Racetrack in East Rutherford, told the AP that October was “a great month.” Spokesman Kevin Hennessy said the company took in two and a half times as many online bets as it did a month earlier, and experienced “continued double-digit growth” in in-person wagering.

New Jersey’s casinos and the two racetracks that offer sports betting have made $52 million in revenue from sports bets after paying out winning tickets. New Jersey does not count bets on future events—such as the Super Bowl—as revenue until the games are played and bets settled.

Resorts Digital, which partners with DraftKings, has won $16.5 million. The Meadowlands Racetrack won $15.2 million, and Monmouth Park Racetrack is third at $7.4 million. The Borgata casino won $5.1 million; Ocean Resort won $3.8 million; the Golden Nugget $1.5 million and Bally’s $1.2 million; other casinos each won less than $1 million, according to the AP.

For Atlantic City casinos, Borgata continued to lead the market, but actually saw a revenue decline of 6.9 percent. The casino still brought in more than $55 million in revenue for the month.

Only one casino—Golden Nugget—reported a revenue increase suggesting that the fall openings of Hard Rock Atlantic City and the Ocean Resort casinos continue to cannibalize the market.

Online gaming took in $26.7 million in revenue, an increase of over 30 percent from a year ago.