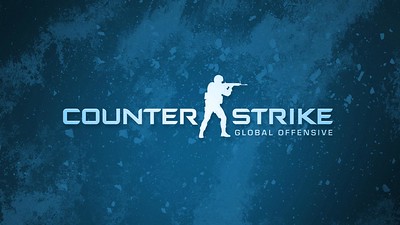 Banking on esports as the next big thing in gaming and wagering, the New Jersey Economic Development Authority is seeking to make the state a destination for companies involved in tournaments featuring games like “Counterstrike: Global Offensive.”

If esports is the next big thing in gaming, the New Jersey Economic Development Authority (NJEDA) wants the state to be a destination for companies involved in the games.

“As the Covid-19 pandemic persists, finding new ways to bring people together virtually and supporting industries that can thrive without in-person interaction is crucial,” NJEDA CEO Tim Sullivan said in the release. “Esports are uniquely positioned to address both of these priorities.”

And of course, esports fans can bet on such games.

Such a chance began September 1 with the VIE.gg CS:GO Legend Series, a two-week tournament for the online “Counter-Strike: Global Offensive,” which pits 16 teams from around the globe against each other. The competition ends September 13. Bettors can wager a single outcome on which team will triumph at each stage or in-play wagers based on components of particular contests, according to the Press of Atlantic City.

“Esports is quickly emerging as an economic and cultural force on par with many other traditional sports, and it is important that New Jersey accommodate the many ways fans engage with their favorite teams and events,” said David L. Rebuck, director of the New Jersey Division of Gaming Enforcement. “Allowing betting on esports not only provides more variety for sports wagering enthusiasts but also makes New Jersey more attractive to the innovative companies that drive this growing industry.”

The NJEDA is working to create Conference One, described as a college-specific league to be located in the state. Because college leagues don’t really exist, players compete on either amateur or professional levels. Conference One will gather student teams from more than 128 schools across the country for open league and tournament play.

A round-robin style competition will run between next month and February 2021. Teams will face off against schools within their region in the game, “Valorant.” The top teams from each region will play in regional championships, with winners taking on each other in April for the national tourney.

“Finding the ideal location to establish Conference One was challenging,” said Linwood’s Anthony Gaud, CEO of G3 Esports, which established the conference. “We needed a place with a robust technology infrastructure that could handle the demands of major live-streamed events, a highly skilled and adaptable workforce, and an established sports wagering industry. New Jersey has it all.”