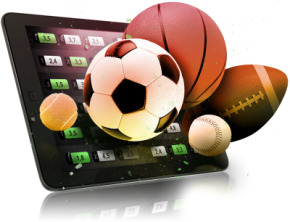 New Jersey is preparing to modify its own law to regulate sports betting as it awaits a U.S. Supreme Court decision on its challenge to the federal Professional and Amateur Sports Protection act, which bans sports betting in all but four states.

A bill introduced in the State Assembly would establish regulations to license and operate sports betting at New Jersey’s casinos and racetracks and also on the state’s online gambling sites.

New Jersey’s challenge of PASPA, however, actually supports an earlier state law that would have allowed casinos and racetracks to offer a self-regulated form of sports betting. The state had initially challenged PASPA as unconstitutional, but the High Court did not hear that appeal. New Jersey then put forward the self-regulating plan as a way around PASPA. That law was also struck down by federal courts, but the Supreme Court agreed to hear the state’s second appeal.

The new bill would allow the state to put in restrictions such as blocking bets on any New Jersey college or high school athletic events, however, collegiate tournaments, such as the NCAA men’s basketball tournament would be excluded.

The state Division of Gaming Enforcement would issue sports betting licenses and enforce regulations while the New Jersey Racing Commission would also be involved in approving the operation of sports pools at a racetrack, according to an analysis of the bill by the Press of Atlantic City.

Also, casinos and racetracks would pay an annual sports betting “integrity fee” which would be equal to the lesser of $7.5 million or 2.5 percent of their gross sports wagering revenue, according to the Press. The fee would fund investigations into the integrity of sports games by the state. The bill, however, does contain a mechanism to pay some of the integrity fee to professional leagues. The NBA and MLB have begun lobbying for such a fee ahead of the Supreme Court decision.

Assemblyman Eric Houghtaling, a Monmouth County Democrat and a co-sponsor of the bill, said sports betting could be a “great opportunity” for the state. He said the bill was still a “work in progress” and that legislators would continue working with casinos and racetracks going forward.

“We are open to feedback and look forward to bringing the New Jersey gambling industry forward,” Houghtaling said in a news release.

In Missouri, state Rep. Bart Korman’s HB 2320, which would allow sports betting at casinos, through the lottery and on daily fantasy sites, is one of six sports betting bills that have been introduced this session. It’s also the one with the best chances of passage, but not until the 2019 legislative session, Korman said. “I wanted to put out a structure that would put us ahead of the game. If the Supreme Court passes so that it can become a reality, then I think next year, you’ll see a lot more movement on this,” he stated. The bill has not yet been scheduled for debate.

He noted gambling and other legislation is not moving through the legislature as it would be without the distraction of Governor Eric Greitens’ two felony charges.

Korman said during the current session, which ends May 18, lawmakers will study, discuss and come to some agreement on sports betting, laying the foundation for quick passage of legislation next year.

He does not believe sports betting legislation should include the “betting right and integrity fee” sought by the National Basketball Association and Major League Baseball. He said his measure would keep money that already is being wagered within the state.

Korman’s bill proposes sports betting at casinos, the lottery and DFS sites because, he said, “We’re restricted on our casinos. They have to be on the riverboats and there is a limit of licenses. So, if you cap it and say only the casinos can do it, then it limits things, and keeps the black market thriving in a sense. That’s why I kept in the DFS, it’s really gambling and it is sports, so why not?”

He added, “And then I looked at the lottery, To be honest, they haven’t updated in years, but I think they should have the ability to do that. Private businesses kind of already bet on sports. If a home run is hit in the seventh inning, then everyone in town gets a free pizza. So, sports and a potential win of something else is already out there.”

Still, it remains unclear if sports wagering would generate enough revenue to make it worth legalizing. If a state adds too many taxes and restrictions, plus an integrity fee for the pro leagues, gaming operators may decide to not offer sports betting, or the odds and sports book offerings may be less attractive, causing some bettors to wager offshore or in a neighboring state.

The current tax rate proposed for sports betting in Missouri is 12 percent–nearly double the 6.75 percent sports books pay in Nevada. Korman said he’d prefer a tax rate around 20 percent. But, he noted, “I think the tax rate shouldn’t be part of the debate. I understand that if the tax rate does get lowered and is somewhat comparative to Nevada or surrounding states, that needs to be looked at.”

Arizona is one of the states waiting impatiently to see if the U.S. Supreme Court will rule on the legality of the ban on sports betting that applies to all but four states.

Lots of average Joe’s would like to be able to legally bet on their favorite teams without resorting to the black market or traveling to Las Vegas.

Jason Logan, managing editor of Covers.com, recently told Cronkite News: “Gamblers are guys like me,” and added, “It’s not a ‘in the shadows type’ thing, nor should it be. It becomes legalized and you are going to get that overall experience. It’s not just something you do only in Las Vegas anymore.”

The high court is expected to rule on the ban by June.

State Senator Sonny Borrelli says he will sponsor a bill to legalize it in Arizona and use some of the taxes to help fund teachers’ salaries. He says the state is sending this revenue to other states now.

Some critics worry that sports betting could corrupt games like they corrupted baseball at the beginning of the 20th century during the Black Sox scandal. More recently two Arizona State basketball players were accused of shaving points in 1994. Of course, even if sports betting is legalized, most proposals would continue the ban against betting on collegiate sports.

Pete Rose, who would probably be listed in the Baseball Hall of Fame as one of the greatest players of all time missed out on that honor because he bet on the game when he was manager and player for the Cincinnati Reds.

None of these scandals are associated with the legal betting conducted in Las Vegas. Supporters of legalizing the practice throughout the U.S. said that would make it easier to track unethical practices.

In recent years the wheel of public opinion has slowly been turning in favor of legalized sports betting.

Earlier this year NBA Commission Adam Silver wrote an Op-Ed in the New York Times that it was time to consider legalization.

Players Associations for most of the professional leagues last month issued a statement that called for giving players a voice in this decision.