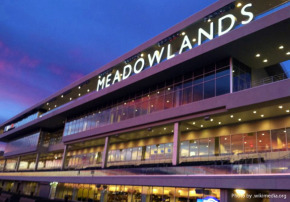 The Meadowlands Racetrack may have finally won a battle to expand gaming at the complex by announcing it will open a sports book at the facility July 15.

Jeff Gural, who manages the northern New Jersey track, told the Associated Press that plans are in place to open the sports book with partner Betfair US much earlier than previously expected.

Gural said he was reacting to the New York State Legislature’s failure to approve sports betting in that state before closing its most recent legislative session. The Meadowlands complex neighbors Manhattan and is where the NFL’s Jets and Giants play. With no sports betting presently in New York, Gural said he expects the Meadowlands to become the busiest sports book in New Jersey.

“New York did me such a favor by not passing sports betting,” Gural said. “That leaves me the entirety of New York City, Long Island, Westchester County. There are 15 million people that live within 20 miles of the Meadowlands. They gave me a tremendous gift.”

However, New York’s lack of movement does hurt Gural’s other track—Tioga Downs racetrack in upstate New York—where he also hopes to open a sports book.

New Jersey regulators confirmed that the Meadowlands is on pace to open its sports book as planned. When it opens, it will likely be the fourth facility to begin sports betting in the state following New Jersey’s U.S. Supreme Court victory which struck down a federal sports betting ban. The state now allows and regulates sports betting at racetracks and casinos.

Monmouth Park Racetrack in Oceanport New Jersey was the first facility in the state to go live with sports betting followed almost immediately by the Borgata casino in Atlantic City. The Ocean Resort casino opened on Atlantic City’s Boardwalk last week with a sports book up and running. Atlantic City’s seven other casinos and Freehold Raceway harness racing track are also eligible to host sports betting, but none have announced plans to open before the Meadowlands targeted date.

In particular, the Hard Rock casino in Atlantic City—which also opened last week—did not include a sports book in its operations, but casino officials said they are making plans.

“We’re not opening with sports betting, but it’s something we’re taking a very hard look at for the future,” Matt Harkness, property president, told the Press of Atlantic City.

Hard Rock International, parent company of the casino hotel, has a stadium naming rights deal with the NFL and the Miami Dolphins. Hard Rock’s Chairman Jim Allen told the state’s Casino Control Commission while the property was pursuing casino licensing that the confidential agreement had “certain restrictions” concerning sports betting, but did not elaborate, according to the Press.

Meanwhile, Ocean Resort did not complete its planned 7,500-square foot sports book in time for its opening, but officials said a temporary book will allow guests to place sports wagers on opening day. Ocean Resort and Monmouth Park are both partnered with William Hill to offer sports betting.

For the Meadowlands, sports betting is a welcome addition after the track saw its plans to construct a casino on the site overwhelmingly defeated by the state’s voters in 2016. Voters were asked to approve a change to the state constitution to allow casino gambling outside of Atlantic City, but the measure was defeated by a nearly 3 to 1 vote.

Gural and Hard Rock International proposed a casino at the track complex in East Rutherford. Though reports occasionally surface that supporters of bringing a casino to northern New Jersey are still planning casino proposals, most state politicians see any move to expand casino gambling in the state as dead for the moment. Gural himself has said it may take up to five years before the public is ready to consider another casino expansion proposal.

Still, several measures have been introduced in the state legislature’s 2018-2019 session to expand casino gambling in the state, including a move to amend the state’s constitution. State law does allow for a referendum on casino expansion to go before voters again after two years. The bills, however, have been referred to committee and seen little movement.

For sports betting, the Meadowlands has partnered with Betfair US, a subsidiary of Paddy Power Betfair, one of the largest publicly traded sports betting companies in the world. The company recently acquired U.S. daily fantasy sports giant FanDuel, which it has said will lead its sports betting branding.

Gural said sports betting will certainly help the track’s profits, but said it will not, by itself, save the horse racing industry in New Jersey. Gural said the state still needs to reinstate subsidies to tracks to stabilize the industry, the AP said.

Jersey’s tracks used to receive $30 million a year from the state’s casinos, but former Gov. Chris Christie ended those payments in 2011.

Meanwhile, reports continue that sports betting is off to a great start in the Garden State.

“Business has been unbelievably brisk,” Jay Rood, an MGM Resorts vice president of race and sports told the gambling website Covers.com about the opening of the Borgata’s sports book.

“Ticket count Day 1 was 50 percent more than what our Las Vegas sportsbooks did collectively that day. Then Saturday and Sunday, it was like a mini Super Bowl. The novelty of it, everybody wanted to be involved in it,” he said. “It’s a little early to tell on handle. The World Cup and baseball don’t have the brand appeal that the fall sports menu does. But the activity level was high, and the handle will mature into what people think it’s going to be.”

In a related story, daily fantasy sports company DraftKings, recently sent out a promotion for its planned sports book in New Jersey saying it would be taking bets on hot dog eating contests, according to web reports.

DraftKings has partnered with Resorts casino in Atlantic City to run its sports book, which it hopes to launch before the start of the NFL season. However, New Jersey’s current sports betting regulations don’t seem to allow for bets on competitive eating contests. It’s not clear if DraftKings has found some kind of hot dog loophole.