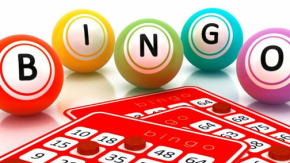 New Jersey’s online casinos experiment with a variety of games to keep things interesting for players. But, there is one online game offered in New Jersey that is time honored and, in many circles, treasured: Bingo.

Sites such as TropicanaCasino.com, PalaCasino.com and GoldenNuggetCasino.com offer a host of bingo games every week. And most sites offer variations on the traditional game to spice things up.

Here’s a look at some of the bingo action available at New Jersey’s online casinos.

Instead of the typical 25 numbers on a five-by-five grid (75 spaces), 90-ball bingo uses a three-by-nine grid with 15 numbers on it. Wins come if you fill in a row, two rows or all three rows. Each game is played until there are three winners. There’s also a super jackpot for a full house reached in less than 51 number calls.

Players can opt in for free bingo tickets to play for bonus money or play for cash. Both sites offer a free game every 30 minutes. Cash games are for $1, $2 and $5.

Don’t worry if it gets confusing. The online program both calls and marks your numbers for you. Meanwhile, both sites run chat rooms and boards for players to ask questions (answered by online staff) or just socialize with other players. Much like a real bingo hall, the fun is in playing with and making new friends.

Sign up to play bingo at TropicanaCasino.com and VirginCasino.com.

GoldenNuggetCasino.com offers up a different take on bingo with two single-player bingo games and seven different variants of Slingo. If you haven’t heard of Slingo, it’s a combination of bingo and slots play. All nine games give you that bingo feel in a slots format.

Only PalaCasino.com has launched its own bingo site in New Jersey offering 90-ball bingo games. That means you can enjoy all of PalaCasino’s introductory bonus offers.

PalaBingoUSA.com offers live-play Saturdays from 5 p.m. to 10 p.m., which also includes live chats during games. Players can opt in for free games awarding bonus dollars or cash games. Players get 10 free tickets for every deposit over $25. PalaBingo also offers Slingo games around the clock.

Join the fun at PalaBingoUSA.com.