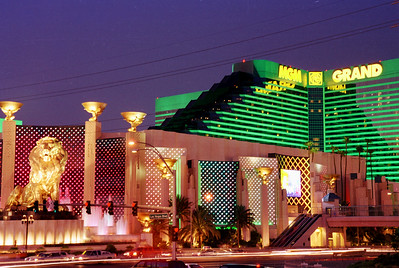 Reports are that MGM Resorts and MGM Growth Properties are jointly shopping MGM Grand and Mandalay Bay. And they’re looking for an investor interested in taking the plunge as part of an as-yet unpublicized joint venture with MGM and its gaming REIT.

MGM Resorts International and its MGM Growth Properties (MGP) real estate investment trust (REIT) are reported to be seeking an investor for a joint venture to take ownership of MGM Grand and Mandalay Bay on the Las Vegas Strip.

It’s been known for a while that MGM is actively shopping the Grand. However, Mandalay Bay hadn’t been part of the picture. Also, the company is said to be zeroing on prospective buyers known to be interested in gaming. It appears also that with MGP’s involvement a sale could take on a different structure.

MGP, which is majority-owned by MGM, was created as a separately traded company in 2016 for the purpose of buying resort-based real estate. It owns all of MGM’s casinos𑁋except the Grand, the CityCenter resorts on the Strip, which are 50-percent owned by Dubai World, and MGM Springfield in Massachusetts𑁋and leases the operations back to MGM.

The sales were conducted in line with MGM’s self-proclaimed “asset light” strategy aimed at generating badly needed momentum behind the company’s NYSE-traded stock by raising cash to pay down debt, boost dividends and marshal a war chest for growth opportunities in Japan and elsewhere. The company recently has done a similar sale-leaseback for Bellagio, the last of its marquee Strip names, with private equity giant Blackstone for $4.25 billion. That sale was concluded with a Blackstone REIT in which MGM owns 5 percent. Blackstone also owns The Cosmopolitan on the Strip. MGM also recently sold the venerable Circus Circus outright for $825 million to billionaire investor Phil Ruffin, who also owns Treasure Island on the Strip and 50 percent of the off-Strip, non-gaming Trump International.

“We’re really excited about the phase that we’re in,” Chairman and CEO James Murren said on the company’s recent third-quarter earnings call. “Monetization of our real estate assets will allow us to achieve a fortress balance sheet with very low core leverage, while investing in high return growth initiatives and simultaneously returning significant capital to shareholders.”

The shares, which have jumped more than 12 percent over the last month, appear to be responding.