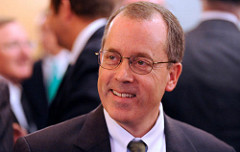 Daily Fantasy Sports in New York has just gotten complicated as a state judge has ruled that the contests are a form of gambling and the state should have sought a constitutional amendment to allow the contests when it legalized them in a 2016 law.

Albany County Supreme Court Acting Justice Gerald Connolly ruled for plaintiffs who had challenged the legality of the law under the state’s constitution. The state’s law concluded that DFS contests are games of skill and did not violate the state’s gambling restrictions, meaning a statewide referendum was not needed to legalize the games.

Connolly said in his ruling that DFS contains heavy elements of chance and therefore constitute gambling.

“No research, investigation, skill or judgment of the [DFS] participant can effect such future athletic performances,” Connolly said.

However, Connolly also acknowledged that research affects a DFS player’s chances to win and that the games are “predominated by skill rather than chance.”

The suit was brought by several anti-gambling groups including Stop Predatory Gambling. Connolly ruled that they conclusively demonstrated that while winning a DFS contest requires a certain amount of skill, it also requires just enough luck to fall within the state’s definition of gambling, according to an analysis by CalvinAyre.com.

However, Connolly also agreed that the state legislature did have the authority to remove DFS from the state’s definition of illegal gambling.

The ruling leaves DFS sites in New York in a relative state of limbo, although it is not expected that the state will move to shut down DFS sites as the case moves through appeals. A spokesperson for New York Governor Andrew Cuomo also told the New York Daily News the Governor’s office was reviewing the ruling.

New York is also considering legalizing sports betting. The two biggest DFS companies—FanDuel and DraftKings—have also moved into sports betting in states that have legalized the practice since a U.S. Supreme Court decision struck down a federal ban. Both companies are active in the neighboring New Jersey sports betting market.

For its part, DraftKings issued a press statement that focused on what it sees as the positives in the ruling.

“We are pleased that the court upheld the New York legislature’s decision to decriminalize daily fantasy sports contests and that DraftKings can continue to offer their services to players,” the statement said. “We are continuing to study the court’s decision invalidating the regulatory structure and are committed to working with the legislature.”