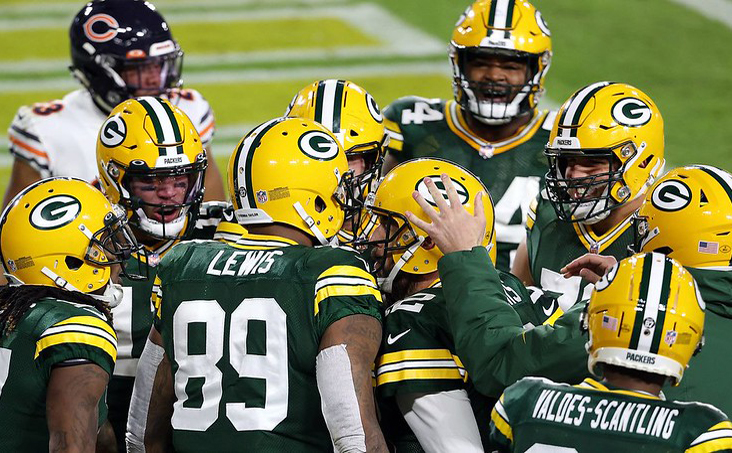 Thirteen weeks of football are now in the books, with just four more remaining! Here are our picks for the NFC teams that will play on into the postseason.

Last week, we took a look at the AFC’s best teams and where they figure to land in the final playoff seeding a month from now. This week, let’s switch sides to the NFC and make a couple of projections.

The division is an embarrassment, so let’s just get this over with. First, hats off to Washington Football Team QB Alex Smith for the comeback of the century. Just a few years after a life-altering leg injury that led to 17 surgeries and could have ended in amputation, Smith is starting to turn this young team around. Respect to him for that.

The NFC East seems to be a two-horse race between the Football Team and New York Giants (also 5-7), and both seem to have one winnable game left of the four on their schedule (this division is all-time bad). I trust Smith to will his team to an extra win somewhere more so than I do Giants QB Daniel Jones, so I’ll give the edge to the Football Team. What a year.

Get a free 50% NFL Profit Boost at PlaySugarHouse.com. Just log in every Sunday and choose how you want to boost your winnings. Maximum $50 Wager and $250 Maximum additional earnings.

This division seems all but clinched, as the Green Bay Packers find themselves up three games on the Minnesota Vikings with just four left to play. Aaron Rodgers and company are back and look ready to dance, as they match up well with their fellow NFC playoff hopefuls. The lethal Big Three on offense—Rodgers at QB, RB Aaron Jones and WR Davante Adams—are firing on all cylinders and look impossible to stop.

The young defense hasn’t necessarily lived up to expectations so far this season, but has a chance to make its mark in postseason play. We’ll see if this team can outperform their finish from a season ago and make a Super Bowl run.

While the NFC North seems all but clinched, the NFC South actually has already been clinched by the New Orleans Saints. The first official playoff team in the NFC (the Kansas City Chiefs also clinched this weekend) got there behind hybrid QB/RB/WR/TE Taysom Hill, and should remain that way this week against the 3-8-1 Philadelphia Eagles, who are starting rookie QB Jalen Hurts for the first time.

Starting QB Drew Brees is still recovering from fractured ribs and a collapsed lung, and doesn’t need to rush back by any means, especially now that the team’s playoff status is no longer in question. The Saints have taken a leap on defense this season, and still have the same incredibly effective small-ball offense when Brees is on the field. Look out for NOLA in the playoffs.

Earn up to 40% more on parlays at Borgataonline.com. Place a 4-7 leg parlay on any combination of sports or events. If your parlay wins, you’ll get the additional bonus payout within 24 hours. It’s a snap!

This is probably the toughest division to call, as both the L.A. Rams and Seattle Seahawks (8-4 each) are capable of winning anywhere from two to all four of their remaining games. These teams do match up again in Week 16 in a rematch of L.A.’s 23-16 W in Week 10. I just believe one of these teams will end up winning out to take this division, and the likely winner is L.A.

Rams QB Jared Goff is back to his very efficient and effective self, and when he plays at that level, the Rams’ offense is one of the most difficult to contain in the NFC. L.A. should take its next two against the New England Patriots and New York Jets, so it’ll come down to division matchups with Seattle and the Arizona Cardinals in Weeks 16 and 17 to decide where the Rams will rank. Give me the hotter team in Los Angeles.

The greatest wild-card team of all time is back! Though another great start to the regular season and early MVP favoritism for Russell Wilson have both been squandered yet again, this team looks on pace to claim the NFC’s top wild-card spot for the third consecutive season.

This team is so frustrating to watch, as Wilson’s offense performs at an elite level nearly every week, but the defense is among the league’s worst. It’s truly a shame, but that’s not a winning formula, as defense wins championships. Seattle looks to have a ceiling of a second-round exit this season.

This is a new one for Tom Brady, having to sneak into the playoffs on a wild-card spot. But the Tampa Bay Buccaneers QB—possibly the greatest quarterback of all time—is now 43, and for him, this has just been one big year of experimentation. If the Bucs lock up that final playoff spot, look out for them.

Yes, they’re inconsistent, but at their best, this is one of the more well-rounded teams in the league. And if anyone knows how to get the most out of his teammates come playoff time, it’s Brady. Look for Tom-pa Bay to make some noise in the NFC this winter.

As I mentioned last week, there’s still no clarity on if the NFL’s traditional playoff format will change. For now, we can still expect the same 12-team format with two byes in each conference. While this has been a very 2020 NFL season, the playoffs should be a lot of fun if the league can figure out a way to stay Covid-free, a la the NBA and NHL playoffs.

So strap in and get those futures in now before the odds blow up! Good luck and enjoy the rest of the season!

Planning to Bet the