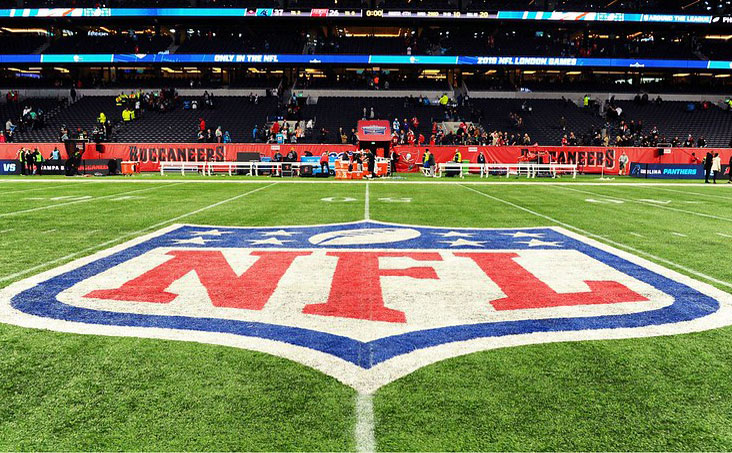 In NFL Week 11, we ask and answer 10 questions about the football season, in time to inform your Playoffs and Super Bowl futures.

NThe NFL season is heading into Week 11, and team destinies are becoming clear. Some teams that looked like locks for the playoffs are showing cracks. Others that didn’t seem formidable are showing their mettle.

We take a look at 10 questions about this NFL season, and provide answers to help gamblers.

#1. Should the Tennessee Titans Be AFC Favorite? 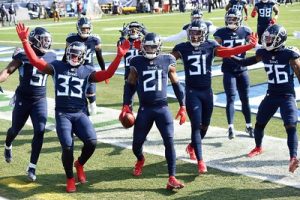 The Tennessee Titans certainly have the pedigree to be the top team in the AFC. The Kansas City Chiefs and Buffalo Bills were co-favorites to win the AFC Championship before the season began at +275, but both have faltered, while Tennessee seems to be getting stronger.

The Titans started at +1100 to win the AFC, but now are +500 at BetMGM, while Buffalo remains the favorite at +230. Tennessee might be a good value bet, especially when you consider their recent performance.

Mike Vrabel, who is now the favorite to win Coach of the Year at +450, has his team on a six-game winning streak, the longest current run in the NFL. In those six victories, Tennessee has beaten five teams that were in the playoffs last season.

Betting on the Titans? Go for a Halftime Haul at BetMGM! You’ll win if your team is up by 10 or more points at the half, no matter the final score of the game!

#2. Is Kansas City Back Among Elite? 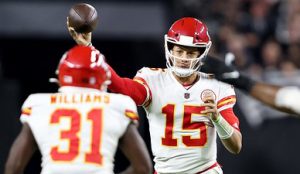 It would be easy to declare the Kansas City Chiefs back after their 41-14 thumping of the Las Vegas Raiders on Sunday, but not so fast. Of the team’s last three victories, only one was against a probable NFL playoff-bound team.

The Chiefs defeated the New York Giants by three points and downed the Green Bay Packers by six at home, but that shouldn’t instill confidence in bettors. The real test is this Sunday, against the Dallas Cowboys at home as 2.5-point picks. 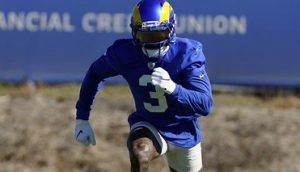 After one game, the answer would be no. A recent Los Angeles Rams acquisition, Odell Beckham Jr. was expected to be an immediate fill-in for Robert Woods, who blew out his ACL in practice on Friday.

In Monday’s 31-10 loss to the San Francisco 49ers, Beckham was mostly a decoy. He finished with two catches for 18 yards, falling well short of the over/under receiving yards at PointsBet of 33.5. Another Beckham prop that fell through was over 0.5 touchdowns.

Boost your personalized parlays—your way, every day at PointsBet. Receive 1 Boost on Traditional Parlays and 1 Boost on Single Game Parlays every day!

#4. Will the Detroit Lions Win a Game?

The Detroit Lions were so close on Sunday, but had to settle for a tie with the Pittsburgh Steelers. The NFL team avoided an 0-17 season, but haven’t won a game in 13 contests dating back to last season.

#5. Can New England Shake up the AFC? 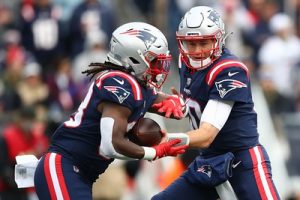 The New England Patriots are making a lot of noise in this NFL season. A month ago, the team looked like it was going nowhere. Since then, it’s rattled off four straight victories and are just a half-game behind the Buffalo Bills.

In the weeks to come, the Pats will be tested with home and away games against the Bills, and hosting the Tennessee Titans. They have four games against teams with losing records, so even if they don’t catch Buffalo, they could grab a Wild Card spot.

#6. Which Team Is Best Against the Spread? 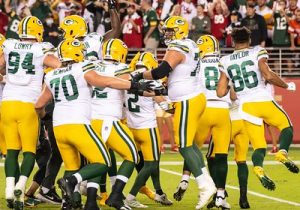 That would be the Green Bay Packers. The team sports a 9-1 record against the spread. Green Bay’s only loss ATS was against the New Orleans Saints in the first game of the season.

Since then, Green Bay has been perfect, as the favorite and as the underdog. Of eight ATS victories, the Packers were the favorite in six. The NFL strongholds are at the Minnesota Vikings on Sunday, and are favored 2.5 points at Caesars Sportsbook.

Bet the Packers/Vikings this weekend. Sign up to wager at Caesars Sportsbook, and your first bet will be matched with a free bet, up to $1,001! Win or lose, you’re sure to score.

#7. Which Team Is Worst Against the Spread?

In this NFL season, that dubious distinction goes to the Kansas City Chiefs. They have a 3-7 record against the spread, and have disappointed bettors often this season.

KC has been favored in all of the team’s 10 games this year, and broke a three-game losing streak ATS when they pounded the Raiders.

This Sunday, they’re favored again, hosting the Cowboys as 2.5-point picks at BetRivers.

#8. Should You Worry about Tampa Bay? 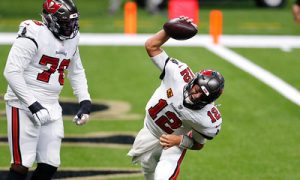 It might be time to be concerned about the defending Super Bowl champs. The Tampa Bay Buccaneers had an embarrassing loss to the Washington Football Team on Sunday for their second straight defeat.

Coach Bruce Arians was so disgusted by the 29-19 loss, he unloaded on his team after the game to the media, saying, “The stupidity has to go away if we’re gonna go anywhere.”

Fortunately for Tampa Bay, the remainder of the team schedule isn’t too taxing. They have the New York Giants next week, then only have to worry about the Buffalo Bills, New Orleans Saints and Carolina Panthers.

#9. Will the Cleveland Browns Make the Playoffs? 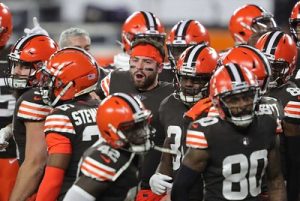 It’s looking like the Cleveland Browns won’t be seeing the postseason. The team is currently 5-5, last in the AFC North.

Though only 1.5 games separate them from the first-place Baltimore Ravens, the Browns haven’t shown they’re a team that will be playing when the regular-season ends.

They don’t really have a marquee win, and their defeats have all come against teams with winning records. People are starting to openly wonder if quarterback Baker Mayfield can lead Cleveland to any postseason success.

Get a 20% NFL Parlay Profit Boost at BetRivers! Log in every Sunday—this deal lasts all season long!

#10. Can Cam Newton Save Carolina? 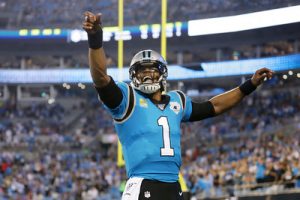 Don’t get too excited about Cam Newton returning to the Carolina Panthers. True, he led the team to a 34-10 road victory against the Arizona Cardinals.

But remember, the Cardinals were without starting quarterback Kyler Murray. Also remember that Newton couldn’t save the New England Patriots last year. He might have injected some life into Carolina, but they’re currently third in the NFC South and have to jump over the New Orleans Saints and Tampa Bay Buccaneers to have a chance at the playoffs.

Reger knows sports and sports betting. Read him every week at iGamingPlayer.