NFL 2021 Odds: How to Bet the Dallas Cowboys Win Total 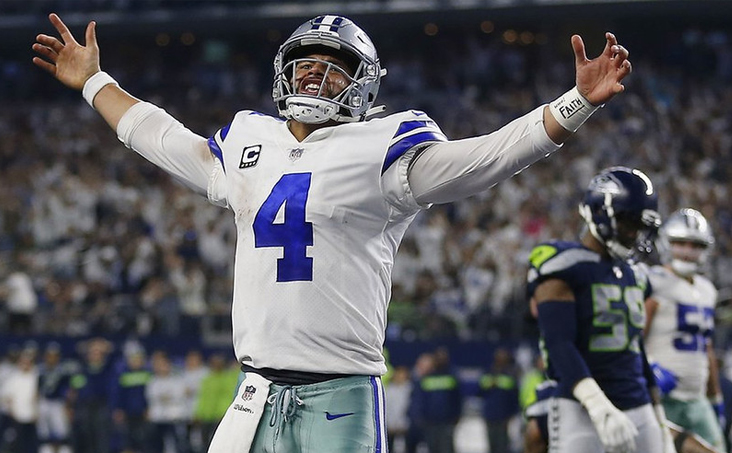 The Dallas Cowboys win total is set at 9.5, with loads of talent but big shortcomings. How should you bet it this NFL season?

The Dallas Cowboys have one of the most exciting set of skill players in the league heading into the 2021 season. Sportsbooks are taking note of the upside Dallas possesses this season with Dak Prescott set to return under center after a gruesome ankle injury that ended his 2020 season, pinning their win total at 9.5.

Should we buy into the hype of Dallas’ offense, or will their defense continue to hold them back in a crowded NFC East race?

The Cowboys: Pro and Con

I’m not jumping on the Cowboys bandwagon this season; there are still too many uncertainties to back a win total that requires double-digit victories. I have Dallas projected to fall more than a win below this total.

For starters, Prescott’s training camp isn’t making me run to back the over. He’s been sidelined with a shoulder sprain that’s “healing well” but is still a red flag after his season ended in Week 5 last year.

If the Dallas QB misses any time, the pickings are slim at backup with the likes of Garrett Gilbert, Cooper Rush, and Ben DiNucci next up on the depth chart.

While there’s tantalizing talent on offense, such as Amari Cooper, CeeDee Lamb, and Michael Gallup at wide receiver as well as Ezekiel Elliot in the backfield, the defense is still shaping up to be a liability.

The defense ranked 23rd in DVOA last season and 26th in limiting pass explosiveness. The team brought in former Atlanta Falcons coach Dan Quinn to be the new defensive coordinator, but his Falcons teams were never top half of the league in DVOA either.

DeMarcus Lawrence is trending towards playing in Week 1 after being on the PUP list, but the Cowboys lost projected starter on the line, Neville Gallimore for 6-8 weeks with a dislocated elbow in the team’s preseason loss to the Arizona Cardinals last Friday.

The biggest concern for the defense remains in the secondary, namely at safety. Dallas signed Damontae Kazee, who’s coming off a torn Achilles injury early last season and brought back Donovan Wilson, who was uninspiring at strong safety in 2020.

Get a 100% First Time Deposit Match up to $1,000 at Caesars Sportsbook (formerly William Hill). New players only.

They Can Jump, But How High?

Linebacker is where the unit is projected to be best. The team drafted Micah Parsons at No. 12 this past spring and are hoping to have a full season of Leighton Vander Esch, who’s missed 13 games over the last two seasons. Those two will join Jaylon Smith, Dallas’ leading tackler the past two seasons.

Despite the talent here, the team was still 28th in the league in defensive run success rate in 2020. A jump can be expected, but just how high?

The Cowboys benefit from a soft schedule, sixth easiest in the league according to regular season win totals and are in a mediocre NFC East.

Will Dallas take advantage with McCarthy as head coach? Injuries aside, he was underwhelming in his first season, making critical coaching errors. I’m not rushing to get behind him for a bounceback campaign.

This win total says the Cowboys are four wins better this season, but there are tons of question marks from the coach to the quarterback in addition to the holes on defense that I’ll be playing the under 9.5, available at BetMGM at -125.