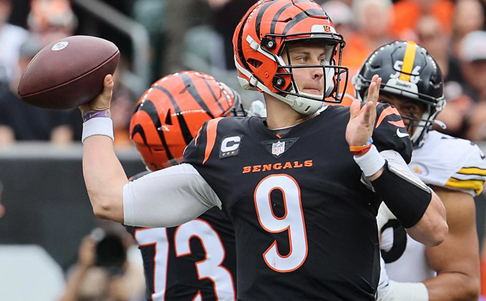 The NFL 311 this week has picks on Cincinnati, San Francisco, and Cleveland, as well as a prop bet on Patrick Mahomes.

The 311 for week 2 of the NFL regular season consists of three games selected using the spread or money line, one game that is selected based on the total number of points for both teams going over or under, and one player projected production for the game and if he exceeds or falls short of that number. This will give you action every Sunday that is based on trends and matchups.

The Cincinnati Bengals are favored by 7.5 points on the road over the Dallas Cowboys. Cincy lost at home last Sunday in a divisional matchup against the Pittsburgh Steelers. Both teams had opportunity to win the game, but the kicking game was unreliable. The Bengals had an extra point blocked and missed a field goal attempt in overtime from Evan McPherson.

The Cowboys will be without Quarterback Dak Prescott for the next six to eight weeks after having surgery for a thumb injury. Dallas was limited offensively with a lack of wide receiver production against the Tampa Bay Buccaneers on Sunday night.

Without Prescott this is not going to improve. Jimmy Garoppolo may be available in exchange for a third-round draft pick to hold things down until Prescott returns.

Bengals Quarterback Joe Burrow had a poor game against the Steelers and was sacked 7 times. Burrow also threw for 4 interceptions. His numbers should improve against Dallas. The Cowboys will struggle to score, and Bengals should get at least 24 points and win easily on the road. 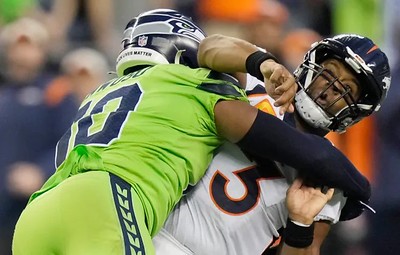 The San Francisco 49ers are favored by 8.5 over the Seattle Seahawks. The Seahawks played well on both sides of the ball against the Denver Broncos on Monday night but now have to quickly prepare for the 49ers.

San Francisco lost on the road to the Chicago Bears 19-10. The weather was extremely bad and played a large part in the loss. SF quarterback Trey Lance was not impressive in his first start

The Niners were penalized 12 times for 99 yards and had two turnovers. San Francisco was 1-for-3 in the red zone. The Seahawks benefited from two fumbles by the Broncos in goal line situations. The Niners were amongst the top penalized teams in the NFL in 2021. While they should rebound against the Seahawks, expect Seattle to keep the game close and cover the 8.5. 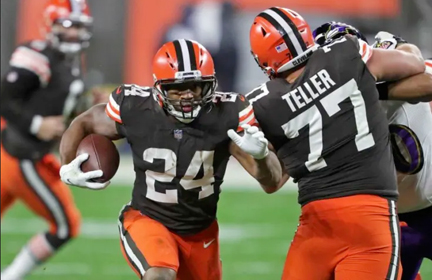 The Cleveland Browns are favored by 6.5 points over the New York Jets. This game is the home opener for Cleveland. The game opened at -4.5 and quickly moved up to six points at most sportsbooks.

The Browns played well on the road against the Carolina Panthers, winning 26-24 and covering the 1.5-point spread. Browns running back Nick Chubb rushed for 141 yards on 22 carries. His stablemate Kareem Hunt scored twice. While Browns QB Jacoby Brissett is not Deshaun Watson, he is able to manage a game.

The Browns will continue to rely on their running attack and control the game along with time of possession. The Jets were dominated by the Baltimore Ravens. Jets Coach Robert Saleh is contemplating a quarterback change from an ineffective Joe Flacco. Browns should put together four quarters of defense and keep the game from being close by not allowing any big plays from the Jet’s offense and cover the 6.5.

If both defenses fail to show up again, the Raiders and Cardinals should score more than 23 points apiece.

Raiders QB Derek Carr threw three interceptions and was sacked five times. The Cardinals didn’t have a turnover against the Chiefs. They fell behind early and were never in the game. The Cardinals stay in this game, and it goes over.

Prediction: Raiders-Cardinals over 51.5 points (-110 at Caesars)

The Kansas City Chiefs are at home and off a short work week. Quarterback Patrick Mahomes threw five touchdown passes on Sunday against the Arizona Cardinals. It was the sixth game of his career where he racked up five TD passes. Mahomes will want to keep the fire going in prime time against Justin Herbert and the LA Chargers. Look for an outstanding game on Thursday night.