HomeThe ShuffleNFL at the Half: The Winners and Losers

NFL at the Half: The Winners and Losers 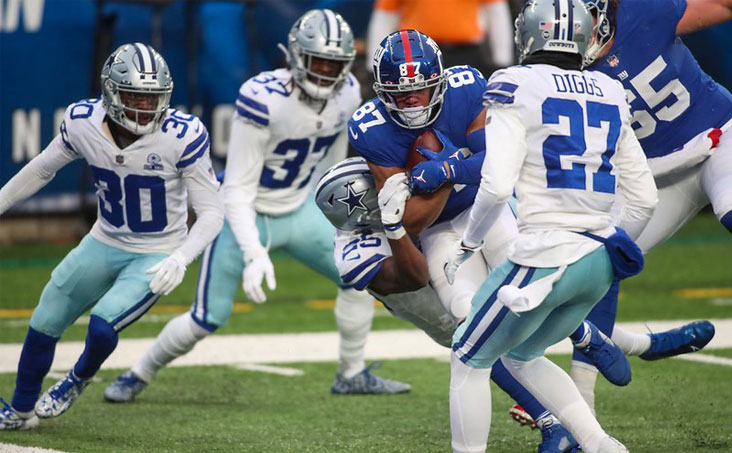 Halfway through the NFL season, we size up the winners (Cards, Pats), the losers (Chiefs, 49ers), the QBs and more. Here’s your scorecard.

It’s the halfway point of the NFL season, with lots of winners and losers after the ninth week of play. As expected, the Baltimore Ravens are on top of the AFC North. The Dallas Cowboys rule the NFC East, three games clear of the Philadelphia Eagles and New York Giants.

Not surprisingly, the Detroit Lions and Houston Texans are the two worst teams in the NFL. The Lions are winless, while the Texans have managed one victory in nine games.

We’ve seen some surprises two months into the season. Here’s our list of the winners and losers. 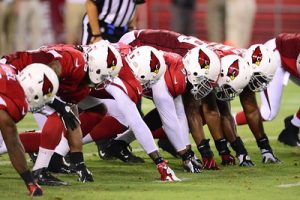 Before the season began, the Arizona Cardinals were +4000 to win the Super Bowl and not expected to make the playoffs. They were projected to finish last in the NFC West, and sporting +575 odds to win the division at Caesars Sportsbook. They were also +2000 to win the NFC.

In nine games, the Cards were the last team to lose a game, and currently are a game ahead of the Los Angeles Rams, who were the favorite to win the division, and +600 to win the Super Bowl before the season.

Even without starting quarterback Kyler Murray, Arizona was able to come out victorious. The team entered Sunday’s game at the San Francisco 49ers 5.5-point underdogs and crushed their division rivals, 31-17.

Place your NFL bets at Caesars Sportsbook and your first real money wager will be matched with a Free Bet up to $1,001—win or lose! Minimum odds -200.

No Tom Brady? No problem for the New England Patriots. Head Coach Bill Belichick has turned rookie Mac Jones into a serviceable quarterback, and improved his Offensive Rookie of the Year odds from +1000 before the season to +350.

The Patriots are trending upwards as well. New England was picked third in the AFC East, but have five victories, the same as the division-leading Buffalo Bills. The over/under on victories at BetMGM for the Pats was 10.5.

Their odds to make the playoffs have also improved. They were +125 to see the postseason, but are now at +110.

Entering the regular season, Buffalo Bills quarterback Josh Allen was the third pick at PointsBet to win the MVP at +1200. With Buffalo’s fast start, his odds rocketed up to +250, and he took over the favorite position.

When the Bills and Allen laid an egg against the doormat Jacksonville Jaguars last Sunday, it was expected his MVP odds would take a hit. That wasn’t the case, however. Allen remained the favorite, slightly ahead of Tampa Bay Buccaneers QB Brady.

Who’s your pick for MVP? Sign up at PointsBet where new customers get up to a $500 refund (free bets) if their first fixed-odds bet loses at PointsBet. Get started today! 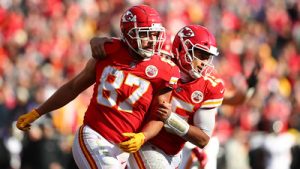 The Kansas City Chiefs were on many gamblers’ shortlist to win the Super Bowl. They entered the season as the +500 favorite at BetRivers.

Since then, the Chiefs have faltered through their first nine games, compiling a mediocre 5-4 record. They find themselves in a logjam in the AFC West, as the Las Vegas Raiders, Los Angeles Chargers and Denver Broncos all have five victories.

KC has also been abysmal against the spread with a 2-7 record, one of the worst marks in the NFL. But there’s plenty of time for the Chiefs to turn it around. They’ve won their last two games. They travel to Las Vegas to face the Raiders, and are 2.5-point favorites.

Make spread bets at BetRivers for a shot at the $1,000,000 weekly and season-long prize pool! The more games you wager, the more points you can earn! 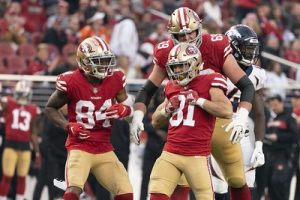 No team has underachieved as much as the 49ers. Oddsmakers had them at +200 to win the NFC West, just behind the L.A. Rams, who were at+180.

But at the halfway mark, the 49ers look awful. They’re tied for last place in the AFC West with the Seattle Seahawks at 3-5. Quarterback Jimmy Garoppolo has been inconsistent, and Head Coach Kyle Shanahan has had to field persistent questions about whether rookie Trey Lance will take the starting job when healthy.

San Francisco is 2-6 against the spread, and lost five games ATS as the favorite. They’re an underdog this Monday when they host the Rams, but the line has moved from three to four points. 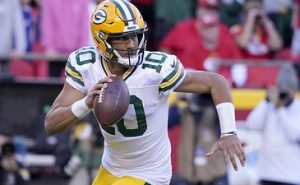 The Green Bay Packers got a glimpse of their future at quarterback last Sunday, and it wasn’t pretty. Jordan Love filled in for Aaron Rodgers, who was out after testing positive for Covid-19.

Love, who was billed as Rodgers’ successor when he was drafted in the first round of the 2020 NFL Draft, struggled Sunday in a loss to the Kansas City Chiefs. He finished 19-of-34 passing for 190 yards, with a touchdown and an interception.

The Chiefs blitzed frequently, and Love was scrambling all over the field. It was an inauspicious debut for Love, and let Packers management know they need Rodgers more than they thought. To recap the NFL season so far, click here.

Score a touchdown at BetMGM! Players who bet $10 can win $200 in Free Bets if the team they bet on scores a TD. Everybody wins!