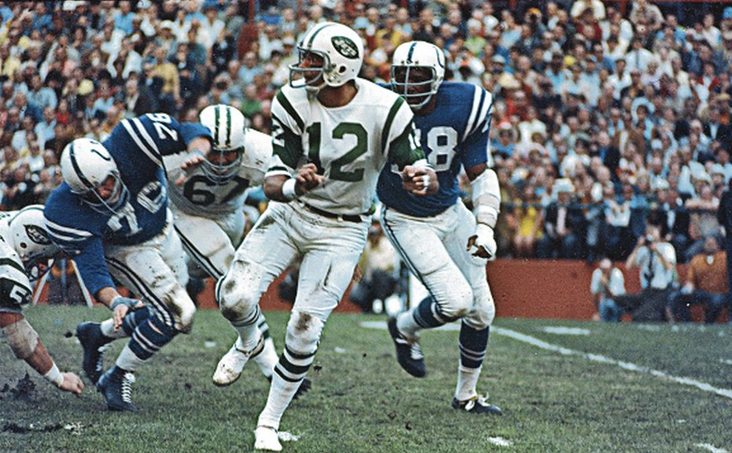 Each year’s NFL Championship game has its big plays and headline moments. As Super Bowl LIV approaches, let’s look back at the game’s dramatic upsets, memorable scores and bizarre statistics.

Get a First TD early payout. If your team scores the first touchdown of the big game, you win at Pointsbet.com! Pre-game, moneyline bets only, first $50 staked.

Now through the Big Game, bet on everything from the coin toss to the MVP at PlaySugarHouse.com. New players get a 100% deposit match up to $250!

Highs and Lows
What was the biggest margin of victory? 45 points. The 49ers destroyed the Denver Broncos 55-10 in Super Bowl XXIV.

And the smallest? Because New England needed overtime to defeat the Atlanta Falcons 34-28 in Super Bowl LI, I call that the closest game ever. It was the only overtime game in Super Bowl history. Second place? The 1-pointer by the Giants against the Bills.

Highest-scoring game ever? The 49ers clubbed the San Diego Chargers 49-26 in Super Bowl XXIV, as the teams notched a record 75 points.

And the lowest scorer? Hard to believe, but it was just last year. The potent Los Angeles Rams and New England Patriots, who had participated in games hovering around 100 points throughout the season, combined for 16. The Patriots triumphed 13-3, ending one of the highest-scoring seasons in NFL history with a Super Bowl dud.

Register for a BorgataSports.com account and get $25 Bonus Dollars to play your favorite games at BorgataCasino.com. Sign up now and get a risk-free first bet of up to $300.

Newbies Can Bet the