HomeThe ShuffleNFL Championship Week: AFC, NFC and What You Need to Know

NFL Championship Week: AFC, NFC and What You Need to Know 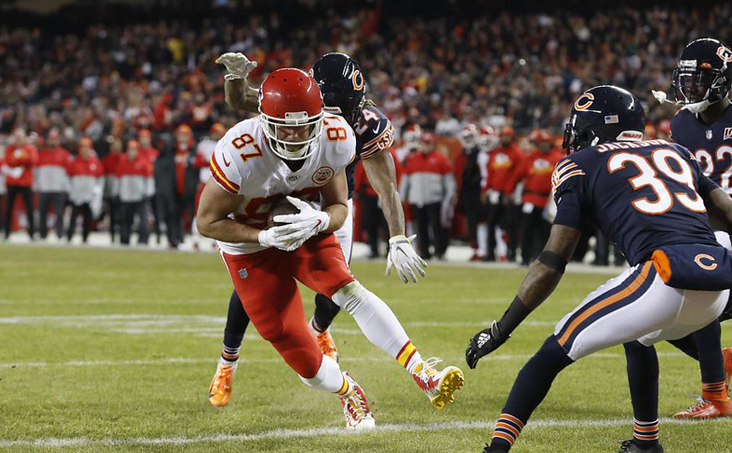 Suddenly, we’re in the second half of January, with only four NFL teams remaining. Here are the storylines that will inform the moneylines.

Be sure to appreciate this wild NFL playoff year while it lasts. Just three games remain, then XFL will be the only football to root for. Let’s take a look at this week’s games, and what to expect from them.

These two teams have combined to cover 3/3 spreads so far in the playoffs, with Tennessee winning both of their games despite being substantial underdogs, and Kansas City going on a 51-7 run after falling behind to Houston early.

This game is just full of storylines. Will Ryan Tannehill, after spending half the season as Marcus Mariota’s backup, be able to pull another rabbit out of his hat? Will Patrick Mahomes finally get his Super Bowl date and swing the “best QB in the NFL” debate back in his favor?

Each team also features a non-QB who has arguably been his offense’s best player so far in the tournament. Titans RB Derrick Henry, after leading the NFL regular season in rushing yards and TDs, has stayed on that same trend the past two weeks, putting up monster performances against two of the best defenses in the league (Baltimore and New England).

The question with this team is simply: Can they do it again?

Get a grand on sign-up at PointsBet.com. New players get two risk-free bets, up to $1,000.

As for Kansas City, TE Travis Kelce looked absolutely unstoppable against Houston. He tallied 3 receiving TDs to go with 134 yards on 10 receptions, while looking like a gorilla playing against 11 puppy dogs (sorry for the visual to all the dog lovers out there!). It’s difficult to envision Tennessee having an answer for Kelce, but stranger things have happened so far in the playoffs, so be ready for anything!

This game all comes down to which trend you think will continue. Tennessee has put on a magical dark-horse run, while winning people some serious + money as underdogs. Kansas City has looked dominant, and Patrick Mahomes can do no wrong. Something’s gotta give!

In the NFC, both underdogs won in Wild Card Week, but things returned to the status quo as the top two seeds advanced to the conference’s title game. Even so, the spread sits at a half-point over a touchdown.

This seems bizarre at first, but not if you dive into the reasoning. San Francisco was the NFL’s longest-running undefeated team this year, and maintained this level of dominance all throughout the season, leading right up to championship week. But the Green Bay Packers have been dominant as well, and are looking to prove themselves as the NFC’s top dogs.

Green Bay is led once again by superstar, cannon-for-an-arm QB Aaron Rodgers, who’s been here before and emerged with a Super Bowl ring. He knows what it takes to get to February and get the job done. The question is, do his teammates?

Aside from Rodgers, the Packers feature a very young core, especially on the defensive side of the ball. They’ve done a good job in recent years of drafting talented defensive backs early, which has paid off this year, as their secondary is about as good as it gets league-wide.

The lack of experience is consistent with both NFC teams, as San Fran is made up mostly of some great young players as well. QB Jimmy Garoppolo, after learning under Tom Brady his first few seasons, has had tremendous success to start of his young career. The same goes for rookie defensive back Nick Bosa, who’s in the mix for defensive player of the year, as well as top rookie honors. This team is stacked on both sides of the ball, and hasn’t shown any reason to doubt them thus far, aside from the aforementioned lack of experience.

Sign up to play at BetMGM.com, and you’ll score, all right! First-time players get up to $500 in risk-free bets.

This game should be a dogfight, coming right down to the wire. I expect Green Bay to cover the spread, since I’m anticipating such a tight affair here. That said, it’s hard to imagine the Niners not playing on Super Bowl Sunday this year. So yes, I am calling for Green Bay’s spread and San Fran’s moneyline. Weird, I know. But the playoffs in general have been weird, so I think I get a pass.

Let’s discuss live/in-play betting as it concerns the playoff games. So far, live betting’s been a huge hit in the playoffs, mainly because of how unpredictable the games have been.

In Wild Card Week, for example, each game was decided by a touchdown or less, and two of the four went into overtime. In games like this, the lines are moving back and forth all over the place, and you never know what you might be able to snap up at the right time. Especially with so many underdog winners in those games, there are favorable lines right up to the end.

The divisional round was a little less exciting for live betting, as the games were mostly blowouts, but Seattle-Green Bay changed drastically as it went from a blowout to a close game, and anyone who took the Seattle live spread when they were down big was happy with the decision.

With this week promising to feature two back-and-forth, down-to-the-wire games, live betting will be a must. If you really like a team to win, maybe wait until they go down by a touchdown or so to take that live spread or moneyline and maximize your winnings! In these playoffs, patience can be a virtue! Have fun with these championship games and good luck.

Betting on sports is always fun. But knowing you can’t lose? Awesome! Bet $20 on any college or pro football game risk-free, all season long.