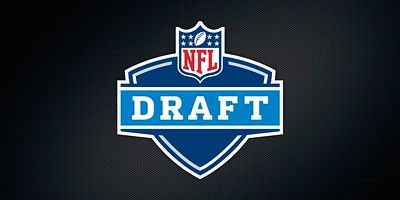 The NFL Draft will take place as planned April 23-25, but without the three-day Las Vegas extravaganza. Club personnel will work out of their homes with league reps at draft headquarters or via phone or online.

The 2020 National Football League Draft will be conducted in a virtual format, with team executives all working from their respective homes, as opposed to club facilities.

NFL Commissioner Roger Goodell outlined the procedures for the April 23-25 Draft in a memo sent to the 32 teams. Club personnel will be allowed to communicate with each other and Draft headquarters by phone or internet.

“After consulting with medical advisors, we cannot identify an alternative that is preferable from a medical or public health perspective, given the varying needs of clubs, the need properly to screen participants, and the unique risk factors that individual club employees may face,” Goodell said.

The original three-day Las Vegas event was to be free to the public and include the NFL Draft Experience, featuring games, autograph sessions, a pro shop, and special performances. At least 500,000 fans were expected to attend the festivities.

It has already been announced that future NFL Drafts will be held in Cleveland (2021) and Kansas City (2023), opening the door for the event to be held in Las Vegas in 2022.

According to NBC Sports, there is growing momentum for ESPN and NFL Network to produce a combined Draft telecast. It will likely be based from ESPN’s main studio in Bristol, Connecticut, with NFL Network talent either co-hosting or being major contributors to the coverage. ABC’s Draft coverage will remain separate, the report added.

The event is being eagerly awaited by legal sports books in the U.S. as the first betting opportunity from a major sports league since all games in all leagues in most of the world have been suspended.