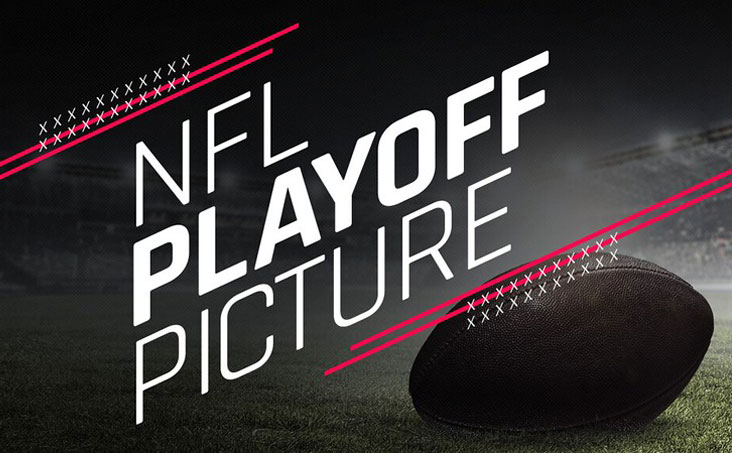 Some NFL teams are surely playoff-bound. Others are in line to be culled. To learn who’s who, check iGaming Player’s list of almost-certain winners and losers.

NFTwelve weeks into the NFL season, the playoff picture is coming into focus. The leaders of the NFC and AFC—aka the Arizona Cardinals, Green Bay Packers and Baltimore Ravens—look like locks to make the postseason.

Other teams are on the bubble. The Atlanta Falcons, New Orleans Saints, Cleveland Browns and Las Vegas Raiders still have some work to do if they expect to play beyond the regular season.

We take a look at teams we expect to make the playoffs, and others that probably won’t be around by then. Here’s our inaugural list of NFL Playoff Contenders and Pretenders.

New England Will Be Road Tested This NFL Season 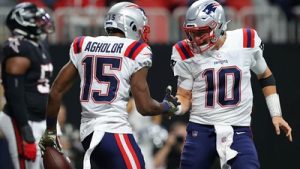 Almost no one thought the New England Patriots would make the NFL playoffs this season, much less challenge for AFC East title. Before the season, BetMGM had the Patriots at +115 to make the playoffs, and +360 to win the division.

But with five games remaining on their schedule, Bill Belichick’s team is in a strong position to accomplish both. New England is a half-game ahead of the Buffalo Bills in the standings, and have seen their odds drop to -550 to make the postseason and +110 to take the AFC East.

New England’s on the road the next two weeks. This Sunday, they face the Bills at Orchard Park and are 3-point underdogs. They travel to face the Indianapolis Colts the following week. They then host Buffalo and the Jacksonville Jaguars, and finish the season on the road at the Miami Dolphins.

Think New England can take the AFC East? Sign up as a new PointsBet player, and you’re eligible for up to $500 in free bets if your first fixed-odds bet loses. Get started today!

Too Much Adversity for Cleveland 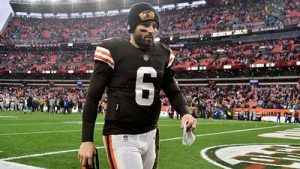 The Cleveland Browns were a popular bet to win the AFC North before the season began. Now they are fighting for their playoff lives, and are currently getting outpunched by fellow AFC North teams, the Baltimore Ravens and Cincinnati Bengals.

In August, the Browns were -230 to make the playoffs. Now they’re +140. Losing to the Ravens on Sunday night didn’t help their cause. The Browns have a bye this week, and they need it. Quarterback Baker Mayfield is nursing multiple injuries, and desperately needs some rest.

Especially with the team’s remaining games. They host Baltimore on December 12, then have the Raiders at home, followed by two road games with the Green Bay Packers and Pittsburgh Steelers. They finish with Cincinnati, but their fate could be well decided by then.

Betting (for or against) the Browns? Sign up to wager at Bet365, and your qualifying deposit will be matched up to $500 in Bet Credits. Join now. 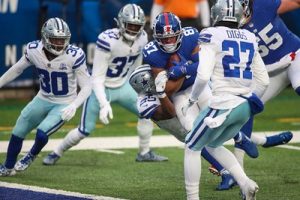 The Dallas Cowboys suffered a devastating loss to the Las Vegas Raiders on Thanksgiving, and that helped the Philadelphia Eagles get closer to their NFC East rivals. The Cowboys still have a two-game edge over the Birds, but losing their last two has fans asking if they can stay at the top of the division.

On Thursday, the Cowboys face the New Orleans Saints as a 5.5-point favorite. They need to win this game to put more distance between themselves and Philadelphia. They will finish the season with the NFC-leading Arizona Cardinals and on the road at the Eagles. That last game might decide who gets into the playoffs.

You don’t have to wait till Thursday Night Football to cash your ticket at BetMGM. Place a money line wager. If your team is up by at least 10 points at the half, your bet cashes immediately (up to $250).

San Francisco: Too Little, Too Late This NFL Season 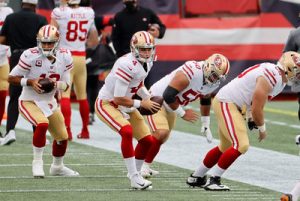 The San Francisco 49ers began this NFL season -180 to make the playoffs and were expected to challenge the Los Angeles Rams for the NFC West. They won their first two games, then lost the next four. That put them in a hole, and Arizona and the Rams jumped ahead of them in the standings.

With victories over the Rams and the Minnesota Vikings, it appears they’ve righted the ship, but the Niners may have too much ground to make up. They’re three games behind the Cardinals, and a game behind the Rams.

Their odds to make the playoffs have dropped to -120, with games remaining against Cincinnati, the Tennessee Titans and the Rams.

Still faithful to the 49ers? Create a new-player account at Caesars Sportsbook, and the emperor will match your first bet up to $1,001—win or lose!

The Kansas City Chiefs were Super Bowl co-favorites before the season began, and a virtual lock to make the playoffs, with odds of -1000. But after three games, they were 1-2. People started wondering if the team would even win the AFC West. Two games later, KC was tied with the other three teams in the division.

Worry not, though. The Chiefs have won four straight, and are now in first place in the AFC West, while the Los Angeles Chargers, Raiders, and Denver Broncos are all a game behind.

Though Kansas City saw its Super Bowl odds drop from +600 to +700, they’re still a solid -800 to make the playoffs. It’s not a question of whether they will make the NFL postseason, but how far they’ll go.

Chiefs Nation, put your money where your mouth is. Join Unibet Sportsbook today. Once you add funds, your first cash bet is insured up to $500 if you don’t hit a winner.

Bubble Will Burst for Atlanta 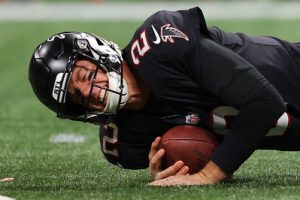 The Atlanta Falcons weren’t expected to make the NFL playoffs before the season, fetching +240 odds to get to the postseason.

They’re hanging around, though. The Falcons defeated the Jacksonville Jaguars to move to 5-6 and achieve playoff bubble status.

Unfortunately, they probably won’t stay there. Of their five victories, none have been against a team with a winning record. On Sunday they face the Tampa Bay Buccaneers as 11-point underdogs, and have games against San Francisco and Buffalo. They’re a tempting bet to make the NFL playoffs at +1200, but they’ll fizzle out down the stretch.

When you’re betting the NFL, keep it fun. Set a budget, stick to it, and don’t get in over your head. If you think you have a gambling problem, get help.

How to Bet on the NB