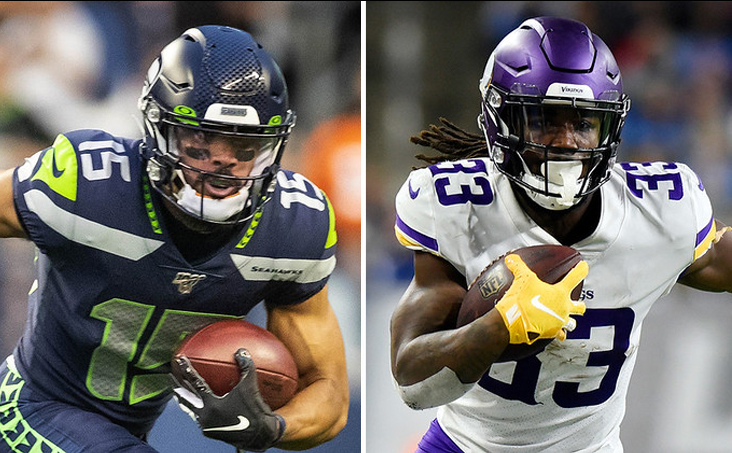 With Thanksgiving in the rear-view and winter up ahead, it’s only fitting to think about the NFL playoffs. If you don’t get goosebumps just reading those words, pay attention.

Baltimore Ravens – San Francisco 49ers. As expected, this game between two of the three best record-holders came down to the last play. Ravens’ kicker Justin Tucker confidently drilled a 49-yard FG as time expired to even the teams’ records at 10-2.

Houston Texans – New England Patriots. In this battle of division leaders, the Texans were surprisingly dominant for most of the game, then had to hold off a late New England push to escape with a 28-22 victory. This was a statement game for Houston, and kept them in first place in the AFC South.

Seattle Seahawks – Minnesota Vikings. Monday night’s game was a memorable one. After trailing by a TD entering the half, Seattle scored 24 unanswered points en route to an eventual 37-30 victory.

When the dust settled after a very eventful week 13, the NFL playoff picture was left with more uncertainty than before. There’s now a five-way tie for the league’s best record at 10-2. The Pats, Ravens, Seahawks, 49ers and New Orleans Saints have all found themselves at the top, with just four weeks left in the regular season.

Aside from these dominant squads, plenty of questions remain about the final standings and who will march on to the playoffs. Five of the league’s eight divisions are led by a single game or less, which means there’s plenty of meaningful football still to be played in the next month.

But what does all this mean when it comes to betting the NFL? Primarily, it means the favorites will win.

Bally’s Fan Cave Giveaway! Sign up to play at CaesarsCasino.com, and enter for a chance to win your very own Fan Cave for you and your friends. Through December 15.

The NFL is top-heavy this year, as evidenced by the aforementioned five teams all sitting at 10-2. But the main reason the favorites should be very successful is that almost every team has something to play for. Again, most divisions are in very tight races to the finish line. As a result, each team needs wins down the stretch to clinch their place.

Conversely, the league also features a collection of teams tanking for high draft spots. There’s a similar number of teams in each position, which further foreshadows this likely trend.

In short, bet with the good teams. Bet against the bad teams. What a concept.

But Here’s the Monkey Wrench…

A handful of middle-of-the-pack teams have yet to find their identities, even this deep into the season. The Cleveland Browns (5-7), Oakland Raiders (6-6), Chicago Bears (6-6) and Tampa Bay Buccaneers (5-7) have real talent, but haven’t played at a consistent high level this season. These teams will ruin those parlays and must be considered seriously.

Teams like these (see also the Philadelphia Eagles, Los Angeles Chargers and Indianapolis Colts) have all had impressive showings that make them look appealing on paper—until you see their records. Most have had embarrassing losses (or two or three) that make them real wild cards. The unpredictability of these teams is exactly what to avoid down the stretch.

These middle-of-the-packers have little left to play for as they find themselves stuck in the middle of two desirable places (playoffs and high draft picks). This is where it gets dangerous. One week, one of these teams could beat a 10-2 team and not necessarily come as surprise. Just as quickly, one could lose to a last place team (Week 13 Eagles) in a real head-scratcher.

Watch Your Wallet
I cannot stress it enough: These teams must be avoided this December. Truly anything can happen in games involving these teams, and that doesn’t bode well for your wallet. Just a warning: there will be plenty of intriguing matchups featuring these mid-tier teams this month. Do with them what you please, just don’t say I didn’t warn you! As always, do your homework, and best of luck!

Live and Kicking! Sign up to play at ResortsCasino.com and get a free dollar-for-dollar match up to $250.