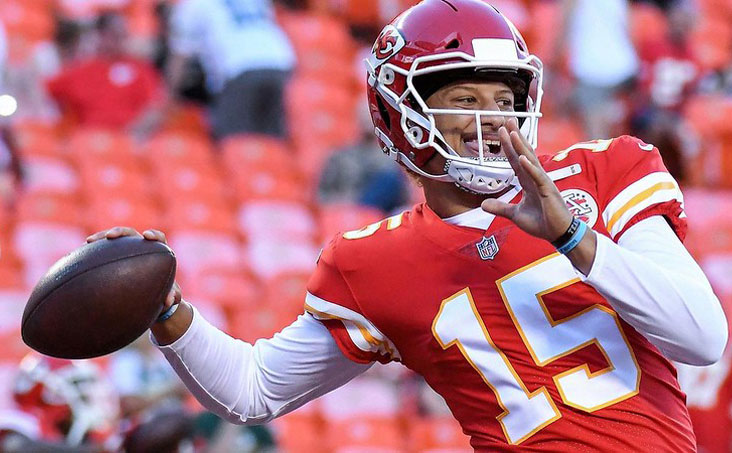 In the AFC West, can anyone really challenge Patrick Mahomes and the Kansas City Chiefs? Let’s see what the BetQL Model thinks about the upcoming NFL season!

The AFC West has been dominated by the Kansas City Chiefs over the past several years; KC has won the division crown each of the last five seasons.

However, with the L.A. Chargers on the rise behind Offensive Rookie of the Year Justin Herbert and new Coach Brandon Staley, the Chiefs could have tougher competition in 2021.

What about the Denver Broncos strong defense? Can the Las Vegas Raiders finally put it all together?

Let’s see how the BetQL Model is answering these questions: 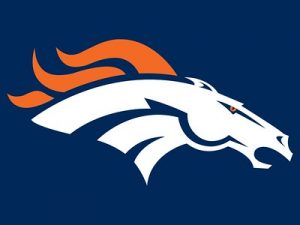 The Broncos have been gaining a ton of traction this offseason with their connection to disgruntled Green Bay Packers QB Aaron Rodgers.

Either way, the team did create a quarterback competition for Drew Lock by trading for Teddy Bridgewater. Denver and defensive-minded Head Coach Vic Fangio will have a healthy defense heading into 2021 with Von Miller back, but the offense needs to utilize their explosive skill position players like second-year pro Jerry Jeudy.

While Lock has shown flashes, he needs to take the next step, and the pressure is on Denver to make the postseason. Simply put, the QB room is in flux, and it’s tough to get too excited about the young skill players without someone dynamic enough to make plays under center. Go under this inflated win total.

See who the pro bettors love! Get fresh picks today and every day today at BetQL.com.

The two-time AFC Champions have the highest win total in the league, 12.5, but the money is shaded towards the under at -120. The BetQL Model suggests going under 12.5 wins for KC.

While Patrick Mahomes will have the Chiefs competitive in each game, the division is set to be stronger with a healthy Denver defense (and maybe Rodgers), as well as the Chargers taking a step forward. The Raiders always seem to give KC issues as well, including losing at home to Vegas last season.

Further, the Chiefs are playing the 10th most difficult schedule in 2021, including road games in Baltimore and Tennessee.

There’s slight value on the under, with a premium in the market to bet on Mahomes and the Chiefs.

The BetQL Model shows quite a bit of value on the over 6.5 wins for the Raiders in 2021. While there’s a steep price to pay, -145 to the over, there are cheaper prices at 7 wins at sportsbooks that are still valuable, considering the Model is projecting Vegas to go over 8 wins.

Derek Carr has performed admirably as quarterback of the team, and the skill players around him continue to improve. Running back Josh Jacobs has rushed for over 1,000 yards in his first two seasons in the league, and the Raiders found a gem in tight end Darren Waller. Second-year speedster Henry Ruggs III is expected to make more of an impact in 2021 as well.

Defense was the Achilles heel of this team in 2020, but they addressed their pass rushing issue—21 sacks last season, the lowest mark in the league—by bringing in Yannick Ngakoue.

LV was one of two teams to beat the Chiefs in the regular season last year, and the other game went down to the wire. Another win against the titans of the AFC West would be a huge boost to clearing this low win total.

Join Unibet.com today and once you add funds, your first cash bet is insured. You’ll get up to $500 back if you don’t hit a winner.

No team has more hype around them heading into this season than the Los Angeles Chargers. After Justin Herbert took the NFL world by storm with his big arm, LAC brought in Rams defensive coordinator Brandon Staley to head up the next step of the rebuild.

However, the BetQL Model is going under 9.5 wins.

LAC went 7-9 last season and getting over this win total means a three win improvement, which is too high even with an extra game this season. There is some juice on the under, -135, but that is the best bet, per the Model, nearly a win below the market line.

The Chargers have the 11th most difficult schedule in the league. It includes a tough start in Washington before they host Dallas. Then they’ll get a Week 3 matchup against the Chiefs on the road.

New to the team at BetRivers.com? Sign up today, and your first deposit will be matched, dollar for dollar, up to $250.

Four Way to Cash In