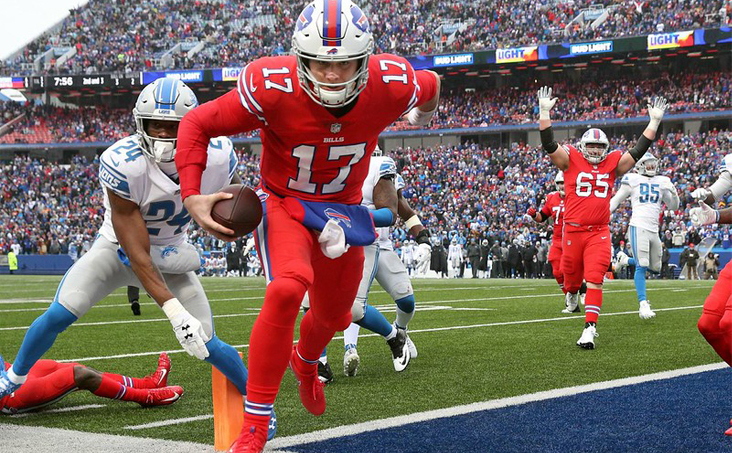 With the NFL season beginning September 9 and training camps well under way, it’s time to look at the season’s best—and worst—prop bets.

With NFL season kicking off September 9, and training camps well under way, it’s time to look at the season’s best proposition bets.

As you plan your wagers, keep in mind two complicating offseason factors:

The league hasn’t made vaccines mandatory for players, but Goodell clearly hopes they’ll get them. Two teams—the Washington Football Team and the Indianapolis Colts—have fewer than half of players vaccinated. That could put them at a disadvantage.

Factoring all this in, plus some other variables, we’ve picked some of the best season prop bets.

Lose your first bet, and you’ll get up to a $500 free bet back at WilliamHill.com. Don’t miss another chance to win. 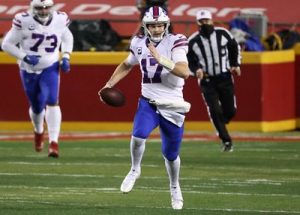 Both William Hill and PointsBet have set the line for the Buffalo Bills season win total at 11. That’s up from the opening line of 10.5. William Hill has the over at -115, while PointsBet is offering -120.

The Bills look to be in double-digit victories for the third consecutive season, and many believe Buffalo can easily reach that mark. The team is the consensus winner of the AFC East and has nine home games. They won all their home games last year, and could do the same again in 2021.

That means that the Bills would need three road games to get the over. Traveling to play the rebuilding Jacksonville Jaguars and New York Jets should get them two of those wins. Then they’d need a win against either the New England Patriots, the Kansas City Chiefs, the Tampa Bay Buccaneers, the Tennessee Titans, the Miami Dolphins or the New Orleans Saints. It’s definitely doable.

Boost your personalized parlays daily at PointsBet.com. Get 1 boost on traditional parlays and 1 on single-game parlays every day! 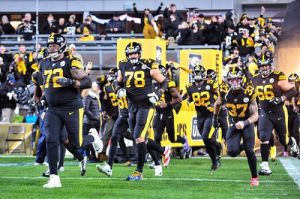 The Steelers win total is at -8.5 at PointsBet, and oddsmakers believe they won’t get there. They have the under as the favorite at -130, while the over is at +100. Pittsburgh will rely on Ben Roethlisberger to get them to the total, but he’s aging, and his skills are diminishing. The team won 12 games last year, but has the league’s toughest schedule. And with road games at Buffalo, Kansas City, and the Baltimore Ravens, it could be a long season.

New Orleans lost future Hall of Fame quarterback Drew Brees to retirement, and will depend on turnover-prone Jameis Winston or career backup Taysom Hill. For this team, it’ll be a tall order to get to the nine victories BetMGM and others have set.

Join the sportsbook at Unibet.com and your first cash bet will be insured up to $500. That’s right—it’s risk-free!

Underdog for Offensive Rookie of the Year

The NFL is a league of quarterbacks. And while the last two Offensive Rookie of the Year winners were at this position—Justin Herbert and Kyler Murray—I don’t see this year’s favorites repeating their success.

Trevor Lawrence is the favorite at +300, with Justin Fields (+700), Zach Wilson (+800) and Trey Lance (+800) following. Those four signal-callers could sputter for different reasons.

So go down the betting board a bit, and look at tight end Kyle Pitts (+900) and running back Najee Harris (+1000). Either one could easily make an immediate impact on their team. Pitts will be the Atlanta Falcons’ first choice for QB Matt Ryan with the departure of Julio Jones. Harris will be there to bolster a Pittsburgh offense that might see some regression from Roethlisberger.

BetMGM has two prop bets likely to tantalize gamblers, but they should be avoided at all costs.

The first: Will a team finish this season undefeated? The odds are +2500, and the temptation is great to throw down a bet. The last undefeated team was the 2007 Patriots. Kansas City has the best shot, but it’s hosting Buffalo in Week 5 and has a road game against Baltimore.

The second: Will a team be winless? It happened last in 2017, with the Cleveland Browns. The Houston Texans seem to be the favorite to lose at least one game, but they play the Jaguars twice, and could win at home. BetMGM has the line at +1400 for a team to go winless, but in my view, it’s just not worth the risk.

Remember, make every bet a safe bet. Know the signs of problem gambling. If you need help, call 1-800-GAMBLER or visit 800gambler.org.

Reward yourself with up to 40% more in profits on winning parlays at BetMGM.com. Place a 4-7 leg parlay on any sports combo.