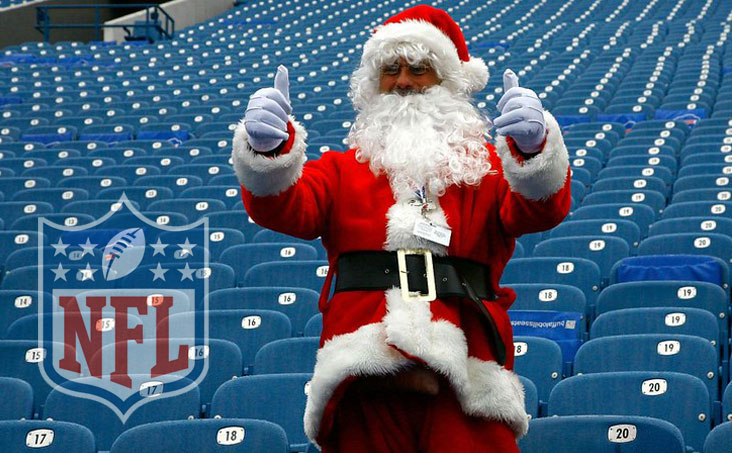 Week 16 in the NFL regular season serves up some key matchups ahead of the playoffs. These games have postseason consequences.

Another variable is Covid-19. A prime example: Monday’s Las Vegas Raiders-Cleveland Browns game. The line opened with Cleveland as the favorite, then swung to the Raiders as a few Browns players went on the protocol list.

It’s a factor for bettors, too, who are trying to handicap games. We considered Covid with our Week 16 predictions, but those picks were on teams that haven’t been affected much by the pandemic. That could change by the weekend, of course.

So, unlike Christmas shopping, you might want to wait until the last minute to wager on the NFL.

Two months ago, the Tennessee Titans were one of the hottest teams in the NFL, rattling off six consecutive victories. Since then, they’ve taken a slide, losing three of their last four games, and now hosting a team no one wants to play, the San Francisco 49ers. San Francisco has clawed its way to within a game of the slumping Arizona Cardinals in the NFC West, winning five of its last six.

The Titans are getting 3.5 points in the Sunday night matchup, and injury concerns make this number seem low. Running back Derrick Henry is still out with a foot injury, and wide receivers Julio Jones and A.J. Brown are both questionable for the game.

The 49ers are strong on defense—and they’re getting stronger. That should make the difference in this game. Look for San Francisco to win by a touchdown.

Buffalo Gets Revenge on New England

The Buffalo Bills were favored when they hosted the New England Patriots earlier in December, and walked out 14-10 losers. The rematch is Sunday at Foxborough, and this time the Bills are the underdogs. Oddsmakers set the line at 2.5 points in favor of the Patriots and that might be a perfect spot for Buffalo backers.

The first game was played in a wind storm, and Buffalo quarterback Josh Allen couldn’t throw the ball with any accuracy. The Bills’ run game was ineffective, and New England was able to squeak out the four-point victory.

But this time, calmer conditions are forecast. Allen should be able to chuck it around the field on Sunday. And he’s going to be extra-motivated—not only to hand the Patriots their second consecutive defeat, and avenge his subpar performance in their first meeting.

Also, if the Bills win, they tie the Pats for the lead in AFC East standings. Buffalo will win this game outright. It’s a great opportunity for a moneyline bet at +120.

It’s hard for teams to sweep another squad twice in a season. Being division rivals always gives the first-game loser more motivation to win the rematch.

But the Baltimore Ravens are a beat-up team, maybe even more so when they faced the Cincinnati Bengals in the first game. In that contest, held in late October, the Bengals embarrassed the Ravens in Baltimore, 41-17.

Now the rivals play in Cincinnati, and the Bengals are 2.5-point favorites. Injury concerns again make Baltimore look like they won’t be able to win the second time around.

Much like the first game, the defense is banged up, with injuries to cornerbacks Marlon Humphrey, Tevon Young, and Marcus Peters. Another blow to the secondary was when Jimmy Smith tested positive for Covid-19. He didn’t play in Sunday’s loss to Green Bay, and might miss this game as well.

The biggest injury of all is starting quarterback Lamar Jackson. Jackson suffered an ankle injury, and Coach John Harbaugh isn’t sure if he’ll be ready to go. If not, the team is left with Tyler Huntley, who played at Green Bay.

Bengals quarterback Joe Burrow picked apart the Baltimore secondary in the first game, and there’s nothing to indicate he won’t do the same in this game. Take Cincinnati and give up the miniscule 2.5 points.

Bet and get up to $1,000 in Free Bets at PointsBet. Place your wagers throughout December and get free bets in return, up to a grand. The more you bet, the more you get!

*Odds from PointsBet. Subject to change