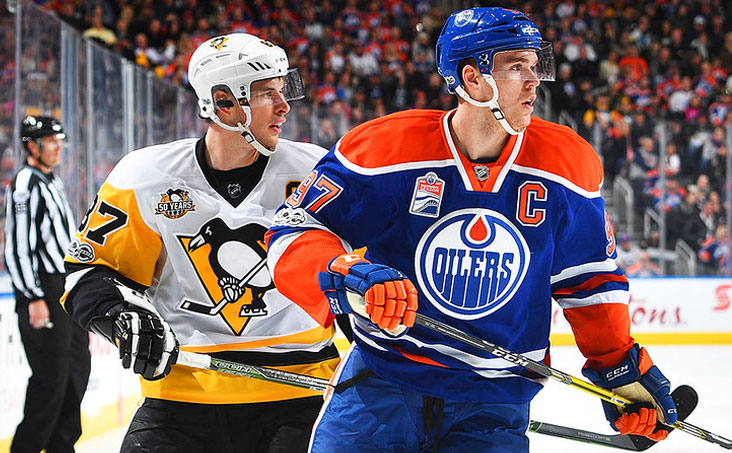 The NHL’s midseason break is fast approaching and there are lots of new changes adding excitement to the All Star Weekend.

The National Hockey League’s All-Star Weekend will be hosted by the Vegas Golden Knights at T-Mobile Arena, February 4-5 and there’s plenty of excitement surrounding the events.

The league tabled its All-Star Game last season due to Covid concerns, so fans are just happy the festivities are back. There are also some significant changes to events that are sure to spice things up. Here’s what to expect—plus some predictions for the All-Star Game. 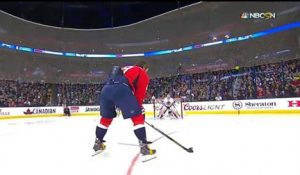 This year’s Skills Competitions, set for Friday, February 4,, will make fans feel nostalgic. First, the league is bringing back the Breakaway Challenge, missing since 2016. This event boasts the league’s young rising stars and lets them show off their stick-handling prowess and creativity.

Second, the NHL has tweaked the Accuracy Shooting Competition, bringing back the Styrofoam plate targets that were replaced in recent years by digital targets.

Both changes were requested by the fans, and in the All-Star Weekend’s return this year, they’re getting what they want in a big way.

You’re always an All-Star at Hard Rock Sportsbook. Sign up to wager and you’ll get a $100 Sports Bet Match on any game with odds -250 or lower.

The All-Star Game format is actually a quick four-team, three-game tournament to determine the sport’s best division. And this year, instead of the normal 5-on-5 format, the league opted to separate the teams into four and change to a 3-on-3 lineup system. Each of the four teams will include six forwards, three defensemen and two goaltenders.

The Metropolitan Division will take on the Atlantic Division in one contest, with Pacific taking on Central in the other. The winners will then face off to determine the winner.

The change should lend a faster play style to the games while also shining a brighter light on individual players, increasing the focus on star power at all times.

The Metropolitan and Pacific divisions are the only two winners through the first five years of the event. The Atlantic lost three times in the finals, while Central topped Pacific just once in five years.

All in all, with each division vying for dominance, this format should add a lot of edge and make the event more exciting.

Score a great New Player Offer at Unibet Sportsbook. Join today and your first cash bet is insured up to $250 back if you don’t hit a winner.

With the 3-on-3 roster format, there are fewer spots available, because only 11 players from each division will participate, at least one coming from each team in the division.

This change led to some major snubs. Among the notable names left off an All-Star roster this year include the Pittsburgh Penguins’ Sidney Crosby, the Boston Bruins’ Brad Marchand, the Los Angeles Kings’ Anze Kopitar and the New York Rangers’ Artemi Panarin. While the new format does bring new excitement to the event, it also has a few drawbacks, most significantly these big-name snubs.

Another feature of the roster selection process this year is the inclusion of the “Last Man In” vote. The NHL selected one player from each team who was left off his division’s All-Star team, and fans got to vote for one from each division to join the team.

Ready to bet on your favorite All-Star team? Get a welcome bonus of up to $250 when you become a new player at PlaySugarHouse.

The Atlantic Division will face off against the Metropolitan in the first round, while the Central and Pacific All-Stars will be the other matchup. 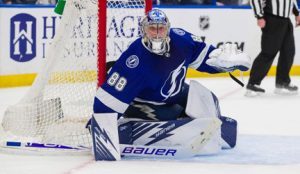 Expect the Atlantic squad to move on in that first game. This group has arguably the best goalie duo in Andrei Vasilevskiy (TB) and Jack Campbell (TOR) to go with an elite group of forwards that features Steven Stamkos (TB), Auston Matthews (TOR) and Jonathan Huberdeau (FL). In a fast-paced 3-on-3 format, the Atlantic squad should advance.

In the other semifinal matchup, the Pacific squad will show why it’s considered the clear best offensive All-Star team. The Edmonton Oilers’ duo of Connor McDavid and Leon Draisaitl have been the league’s most dynamic for a few years now and are joined in this tournament by a couple others at the top of the league’s points table: Johnny Gaudreau (CAL) and Timo Meier (SJ). Their goaltenders, John Gibson (ANA) and Thatcher Demko (VAN), have been instrumental in their respective teams’ success this season. This lineup should have its way with a young Central division team.

If the final matchup is indeed the battle of the coasts in Atlantic vs. Pacific, I give the slight edge to the Pacific All-Stars. Despite slightly weaker goaltending, the Pacific squad simply has too much firepower for these other divisions. I expect them to score an abundance of goals in both games on their way to an All-Star championship.

This NHL All Star Weekend is a don’t-miss. The Skills Competition should be exciting and satisfying to fans, while the All Star tournament’s new 3-on-3 format should provide a faster pace with plenty of scoring. There won’t be a slow moment all weekend, so tune in and have those betslips going! Good luck and enjoy a weekend to remember.

See our complete coverage of the NFL season to date. Click here.

Register a new account at Caesars Sportsbook. If you lose your first bet, earn a Free Bet in equal value up to $1,001! Terms apply.

Favorites to Rule in