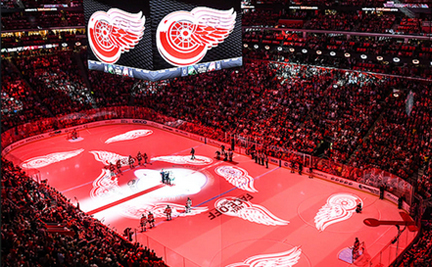 It’s early in the 2021 NHL season, but some coaches’ jobs are already in jeopardy. Here are the NHL coaches Most Likely to Be Outta Here.

It’s early in the 2021 season, but some NHL coaches’ jobs are already in jeopardy.

Before the 2021 season even began, oddsmakers compiled a list of NHL coaches who could be heading for the exit—coaches whose performance is affecting your favorite teams, and by turn, your online betting.

The Detroit Red Wings’ Jeff Blashill leads the list at 8-1, and for good reason. Last year, Detroit had the NHL’s worst record by far, at 17-49, and it wasn’t even close to the second-worst record, held by the Ottawa Senators at 25-34. Blashill, who’s been with Detroit since 2015, only took the Red Wings to the playoffs once, in that very first year.

That said, in the first two games of 2021, the Red Wings showed some fight in two games against the Carolina Hurricanes. The Hurricanes are the second pick to win the Central Division at 4/1, right behind defending Stanley Cup champions the Tampa Bay Lightning.

The opening game was a 3-0 shutout to the Hurricanes. The Red Wings bounced back in the second game, winning 4-2. It was the first victory for the team since March 8, 2020.

“We competed extremely hard, that’s the level of compete you need in order to have a chance to win in this league,” Blashill said. “That was the biggest thing that stood out for me. The other thing is, we were deeper as a team. We had four lines going pretty hard. Not everybody gets as much ice time as they’d like, but all four lines were going and all six defensemen went well. Ultimately, we’ll have to win that way.”

Blashill says the Red Wings won’t be the NHL’s doormat this season, but the team still has the worst odds to win the Central Division (30/1) and the Stanley Cup (350/1). Keep it in mind as you plan your online betting strategy.

Win or lose, your sports wagers pay off every week at BetMGM.com. Join the Money Monday Club. You’ll get $10 Free Bet when you place $50 in qualifying wagers in the previous week (Monday-Sunday).

The pluck shown by Detroit hasn’t been demonstrated by two other Western Conference cellar-dwellers, the Anaheim Ducks and the Los Angeles Kings. The Southern California teams were swept by their opponents when they could have at least pulled off a split.

In the case of the Kings, they could have won their games against the Minnesota Wild. In the first, they had a two-goal lead going into the third period, then surrendered two goals and lost in overtime.

“It was certainly not the outcome we wanted, especially being up 3-1. The third was not as sharp as we wanted,” said Kings Captain Anze Kopitar. “We made some good plays and good stuff was happening throughout the game. But we have to clean up what happened in the third.”

The second game was a repeat of the first, with the Kings blowing a two-goal lead and losing in overtime. “That’s two games in a row that played out almost identically, and we shouldn’t have let either of them get away,” said Kings Coach Todd McLellan.

If the Kings keep blowing games, McLellan might not make it past the mid-season.

When you sign up as a new player at GoldenNuggetCasino.com, you’re eligible for a $100 Risk Free Bet on your first settled online sports bet. Only straight wagers (single bets) and live bets (in-play bets) qualify.

The Anaheim Ducks traveled to Las Vegas for their first two games of the season, and oddsmakers didn’t give them much chance to win either game against the Vegas Golden Knights. But the Ducks did have a chance to get a split.

They led Vegas 1-0 in the second game, then surrendered a goal with 1:22 remaining. In overtime, Vegas forward Max Pacioretty scored just seven seconds into the extra frame to complete the sweep.

Despite the two defeats, Anaheim Head Coach Dallas Eakins said he saw something different in his players from last year’s squad. “A lot of times last year, we would leave the rink and maybe you would have given up the lead or maybe lost the game and it seemed like we were ready for the next game,” Eakins said. “The great thing for me is that (after the second loss) there was some anger in that dressing room. We need that. We need a higher accountability this year.”

Eakins is right—he’s going to need all that and more, including a lot more fire from his players, if he’s going to save his job.

Which NHL Coaches Are Odds-On to be Fired?

Again, it’s early in the 2021 NHL season, and these coaches’ jobs are already in jeopardy. But turn in some wins, and they can still get off thin ice.

How does the performance of NHL coaches affect their teams, and your online betting? For the best NHL season future bets, including total points, playoff probabilities, division win and Stanley Cup odds, visit BetQL.co.