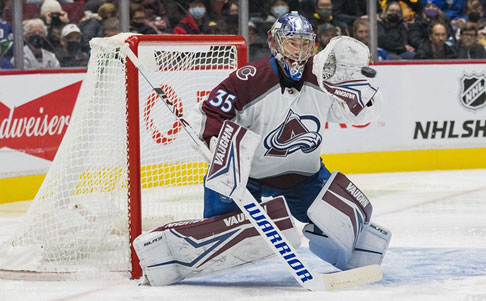 With just four teams remaining in the 2022 NHL Playoffs, here’s how to approach the series on your betslip.

The 2022 NHL postseason has been absolute must-see TV, featuring sweeps, Game 7s, overtimes, fights and everything else a hockey fan dreams of.

Those exciting moments have all led up to the ever-important semifinal round, with just two teams from each conference left standing. With the finish line is now well within sight for each team, here’s what to expect for the rest of the postseason.

Double down on your first settled bet at Golden Nugget Sportsbook. Place your bet of choice on any sportsbook market (minimum odds -200) and your stake is matched up to $250. 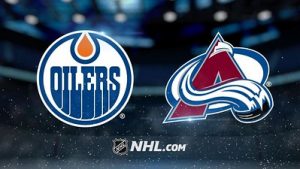 The Colorado Avalanche have been an absolute force all season and postseason long, and its reign of dominance won’t let up any time soon. The team has won all its road playoff games so far, and one of the two home losses it’s taken came in overtime.

Colorado’s intimidation factor comes from the team’s offensive weapons, including a number of skaters who can score at any time. The Edmonton Oilers also hang their hat on scoring goals, led by the superstar duo of Connor McDavid and Leon Draisaitl.

Colorado just has more scoring threats spread out across their lines, and is a more complete team on the defensive and especially goaltending ends.

Darcy Kuemper has been arguably the most instrumental piece in the Avalanche’s run to the semifinals, allowing less than 2.5 goals per game in his nine postseason appearances so far. While the team of McDavid and Draisaitl will undoubtedly be his toughest test yet, Kuemper and the Avs have shown all year long that they’re up for the challenge.

The St. Louis Blues seemed to pose a more serious threat to the Avs’ title hopes than the Oilers will, as Edmonton has gotten this far mainly on star power. Even in that tough St. Louis series, Colorado was able to come out with a 4-2 series win. For that reason, I’m expecting Colorado to cover the series -1.5 spread and at +130, this is tremendous value to take advantage of.

Bet Risk-Free up to $750 when you sign up to play at Tipico Sportsbook. Just register your new account and claim your offer. No minimum deposit required. 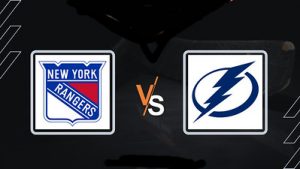 The Tampa Bay Lightning immediately dispatched in-state rival the Florida Panthers, taking the opening two games on the road before closing out a quick sweep at home. The New York Rangers, on the other hand, completed a shocking series comeback on the road in Game 7 against the Carolina Hurricanes Monday night. It’ll be interesting to see how a long rest for Tampa vs. a quick turnaround for New York will affect each team’s performance.

From a neutral, strictly-on-paper standpoint, Tampa Bay is the clearly superior side. Not only have the Lightning caught extreme fire in these playoffs, but it’s the third consecutive postseason in which it’s done so.

This should be very concerning to the remaining three teams and especially New York, as the Lightning went on to win the Stanley Cup Finals each of the past two seasons. Strictly because of its championship experience, Tampa may very well have the edge over all three other remaining teams. Led by usual suspects Nikita Kucherov, Steven Stamkos and Victor Hedman, this team is a well-oiled machine.

Goalie Andrei Vasilevskiy is also having another incredible postseason, posting an 8-3 record thus far on 2.23 goals allowed per game and a .932 save percentage.

New York has enjoyed a miraculous run to get to this point, but now face an opponent that just seems to pose too much of a threat for them to handle. Tampa Bay not only has the firepower to dominate this series, but also the championship experience that’s so valuable this time of year.

While this series -1.5 line might not be as much of a slam dunk as Colorado’s, it’s still very well within reach for the Lightning, and at +205, it may very well pay great dividends. 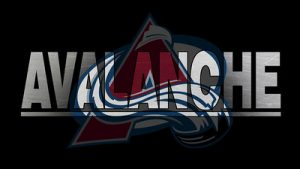 This postseason is leading up to a Stanley Cup Finals matchup in Tampa Bay vs. Colorado. These are the two strongest sides this year, and a championship series between the two would be fascinating to behold.

These are the teams “you can’t bet against” in the playoffs, so picking one in the Finals would be nearly impossible. This one will come down to the dominant force in Colorado—which seems destined to lift Lord Stanley’s trophy—vs. the postseason machine in Tampa that’s lifted the last two.

When all the dust settles, it will be Colorado’s year, as it has been all season long. The team will not be denied, and at +120 to win the Cup, now may be the last good time to get decent odds on the Avs.

After a very up-and-down beginning to the playoffs, these final two rounds should be a blast to watch. The above four teams are all extremely talented and peaking at the right time, which should make for more classic playoff hockey moments. Enjoy the rest of the postseason and check out those series market lines while they’re still hot.

Get Stanley Cup Playoffs Overtime Insurance at BetMGM. Place a moneyline wager on any playoff game. If your team loses in OT, you’ll get your stake back in Free Bets, up to $25.

Don’t miss a minute of the Stanley Cup Finals with fuboTV. Watch Live or Stream – sign up here.