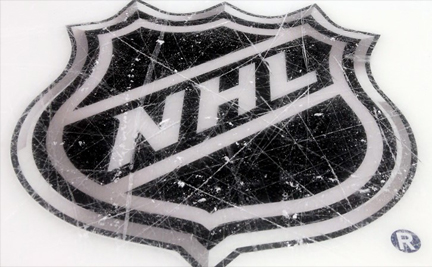 Look out for lots of changes in the upcoming NHL season. Dispensing with a bubble, teams will play within geographically proximate divisions to reduce travel.

The upcoming NHL season won’t be a traditional one, but hey, fans, let’s be thankful that teams will be playing at all in 2021. The league worked with the NHL Players’ Association to formulate a 56-game regular season that was feasible for not only teams, but broadcast networks. Let’s take a look at the NHL Forecast for 2021 and then we’ll dive into current Stanley Cup Odds.

The biggest change is the start of the season. NHL Commissioner Gary Bettman (l.) had hoped for a January 1 start date, but instead, the NHLPA and the league agreed to begin on January 13 and end on May 8. The playoffs will begin immediately after the regular season, featuring 16 teams in a Best-of-7, four-round format.

NBC, which owns TV rights to the NHL, wanted a Stanley Cup champion crowned by July. Now the network hopes to broadcast last year’s suspended Summer Olympics from Tokyo during that period so Lord Stanley will have to wait.

“The National Hockey League looks forward to the opening of our 2020-21 season, especially since the return to play in 2019-20 was so successful in crowning a Stanley Cup champion,” Bettman said in a statement. “While we are well aware of the challenges ahead, as was the case last spring and summer, we are continuing to prioritize the health and safety of our participants and the communities in which we live and play.”

The NHL won’t keep its players in a bubble, as it did during last year’s playoffs. Instead, the league decided on geographically friendly divisions to cut down on travel. One of those divisions will feature all seven Canadian teams, because Bettman wasn’t sure that they’d be allowed to travel to the U.S., and vice versa.

The Canadians, as well as the other teams in the East, West, and Central Divisions, will play only against those squads in their respective divisions. Which means the seven teams in the Central Division will have to face the Stanley Cup defending-champion Tampa Bay Lightning eight times. The Canadian teams will face each other nine or 10 times.

Check out the 2021 NHL Divisions and more in our 2021 Outlook for Sports Betting here.

Don’t miss the daily Odds/Line Boosts at GoldenNuggetCasino.com! Golden Lines are an exciting way to boost your odds on sporting events. Check each day to see what events qualify for boosted odds!

In the West, the two teams that are co-favorites to win the Stanley Cup will face each other eight times. The Vegas Golden Knights and the Colorado Avalanche are at 6/1 to win Lord Stanley’s trophy.

Golden Knights owner Bill Foley told reporters his team will have to succeed against division foes if they are going to make the playoffs.

“Most of the games will be division games, teams will travel and play in one location, they’re not talking hubs, we’d be playing at T-Mobile…. I don’t see fans at T-Mobile anytime soon.”

Training camp for most of the teams will begin at the end of December, and there will be no exhibition games. Teams with deep rosters, like Vegas, should benefit from that format.

Go for the Hat Trick! Your next parlay of 3 picks or more could net you up to $25,000 in extra cash on top of your winnings at ResortsCasino.com. Ready to score? Sign up to play today.

Of the eight teams in the East, Boston will be led by one of the league’s top lines yet again. David Pastrnak, Brad Marchand, and Patrice Bergeron were all near the top of goals scored, and will have to be productive to balance out what could be a down year for the Bruins defense.

Philadelphia looked like a Stanley Cup contender last year, but faltered in the playoffs, losing to the New York Islanders in the second round. The key to how far the Flyers go could be on the shoulders of goalie Carter Hart.

Washington might be back to its 2018 Stanley Cup form, and won a great backup goalie in free agent Henrik Lundqvist, who should take some of the pressure off Ilya Samsonov.

The Tampa Bay Lightning are expected to finish at the top of the Central Division. The deep core of the Stanley Cup champion team returns, and that will definitely be a benefit.

Dallas is about the only team in the Central that could challenge Tampa Bay. The Stars shocked many by making it to the Stanley Cup Finals, but won’t be able to sneak up on teams like they did last year.

The Toronto Maple Leafs are the best among the Northern teams, and are sure to make the playoffs. They picked up several notable players in the offseason, and Joe Thornton, Wayne Simmonds, and T.J. Brodie should all help them forget last year’s poor performance in the playoffs.

The Montreal Canadiens are another team north of the border that should reach the post-season. But they’ll have to pick up their offensive production if they’re going to thrive past the regular season.

2021 will surely be another unusual NHL experience. Stick around as we follow the bouncing puck from our current NHL Forecast to the official puck drop of the 2020-21 season on January 13th and finally to the Stanley Cup Championship.