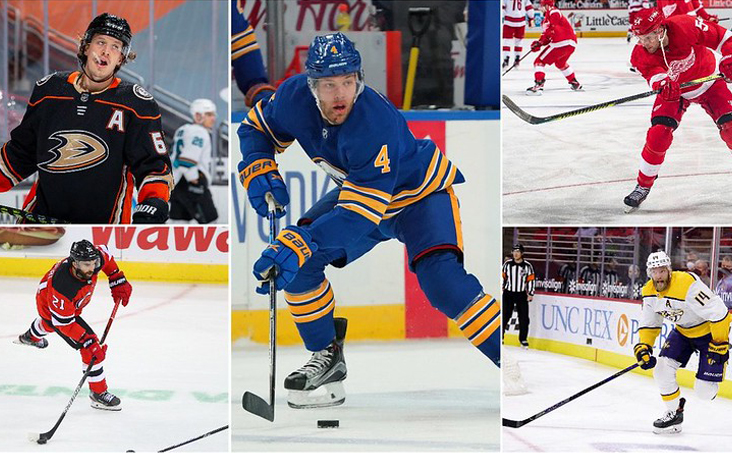 It’s been a surprising season for several National Hockey League teams, with a lot of speculation around star players being moved at the NHL mid-season trade deadline.

Multiple overachieving teams have been strengthening their rosters for the postseason. Multiple underperforming franchises have been selling. A handful of big-name players have already been dealt, and more are bound to follow. Let’s take a look at what’s gone down so far. 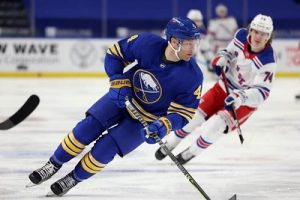 In the most recent NHL trade, the Buffalo Sabres sent Taylor Hall to the Boston Bruins in exchange for Anders Bjork and a 2021 second-round pick. The 2018 MVP has seen some hard luck since his trophy season, from bad teams to the Covid shutdown. Always a dominant forward, Hall has been plagued by a lack of playoff experience, something he hopes to pick up at the end of his career.

While Hall has struggled scoring so far this campaign, per WilliamHill.com, Boston’s Stanley Cup odds were lowered to 14/1. The Bruins are currently tied for the fifth-lowest Stanley Cup odds, as the Carolina Hurricanes and Washington Capitals are also perched there.

Bottom line, look for Hall to turn around a down season once he joins his new team. This trade should be a great move for Hall and the Bruins’ playoff hopes. 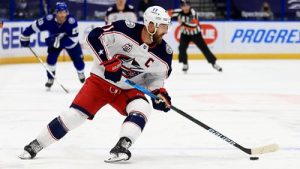 The NHL’s second-best team got even better Sunday as the Toronto Maple Leafs traded for Columbus Blue Jackets veteran two-way forward and captain, Nick Foligno. In return, Toronto sent a 2021 first and 2022 fourth-round pick to the Blue Jackets in a move that clearly indicates the franchise’s desire to win—immediately.

Toronto was listed at +700 before adding Foligno. After landing the former Columbus captain, the Maple Leafs were tied for the third-lowest odds at +650 with the defending champion Lightning.

All in all, Toronto continues to get bigger and more well-rounded to complement its star duo of Mitch Marner and Austin Matthews. I say the sky’s the limit for this group.

Register a new player account at WilliamHill.com. If your first bet loses, you’ll earn a Free Bet in equal value up to $500!

The rich get richer. The defending-champion Tampa Bay Lightning, tied for the third-best record in the NHL, just added one of the league’s best shooting defenseman in David Savard for a 2021 first and 2022 third.

This looks like an ideal pickup for the reigning Stanley Cup champions, as Savard fits their brand of play and complements their stars nicely. Expect more of the same this summer from Tampa.

Double down on your first settled bet at GoldenNuggetCasino.com. Bet on any market (minimum odds -200) and your stake is matched with a Free Bet up to $250. 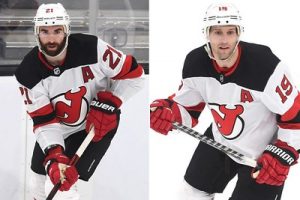 After surprising us with a conference-finals run in the 2020 playoff bubble, the New York Islanders have picked up right where they left off. They’re tied at 58 points with the aforementioned Lightning, and trending in the right direction.

Arguably, the Islanders have made the biggest splash so far at the trade deadline, bringing in two legitimate contributors at forward in Kyle Palmieri and Travis Zajac (at WilliamHill.com, they also drew a $2,000 Stanley Cup futures wager at 18/1 for a total potential payout of $38,000).

Now New York is at 15/1, which is tied eighth-lowest odds with the Pittsburgh Penguins. Palmieri and Zajac should strengthen the Isles’ attack, while also providing more of a veteran presence heading into the postseason.

Unfortunately, this kind of deal comes at a cost—in this case, a haul of AJ Greer, Mason Jobst, a 2021 first and 2022 fourth heading back to the New Jersey Devils. Despite the steep price tag, this move should pay dividends for a team trying to make some real noise in the playoffs. After this move, expect just that from the Islanders.

This deal will make more headlines than it will actually affect the NHL season. Eric Staal is a couple years past his prime, and the Montreal Canadiens have underperformed this season, but the veteran center still drew a 2021 third and fifth in return to Buffalo. If the Canadiens make it to the postseason, Staal could be a huge veteran presence and leader down the stretch.

Unfortunately, this doesn’t seem likely at the moment. But keep a close eye on Montreal, just in case they make a run.

Make your first wager of $20 or more at BorgataOnline.com (minimum odds of -200 or greater), and get a total of $100 in free bets after successfully placing your first bet!

The Colorado Avalanche joined the Vegas Golden Knights as +450 co-favorites on April 11, when Colorado acquired veteran goaltender Devan Dubnyk. The Avs also bolstered their attack by trading for Swedish forward Carl Soderberg. Vegas gave up a 2021 second-round pick to Chicago for forward Mattias Janmark. A strong skater, Janmark has 10 goals and 19 points in his 41 games this season and will play in the top three lines for the Golden Knights.

Several big names moved ahead of the deadline. The NHL mid-season trades impact the Stanley Cup odds. Pay attention to how they perform in their new homes, and adjust your bets accordingly. Enjoy the show, and good luck!