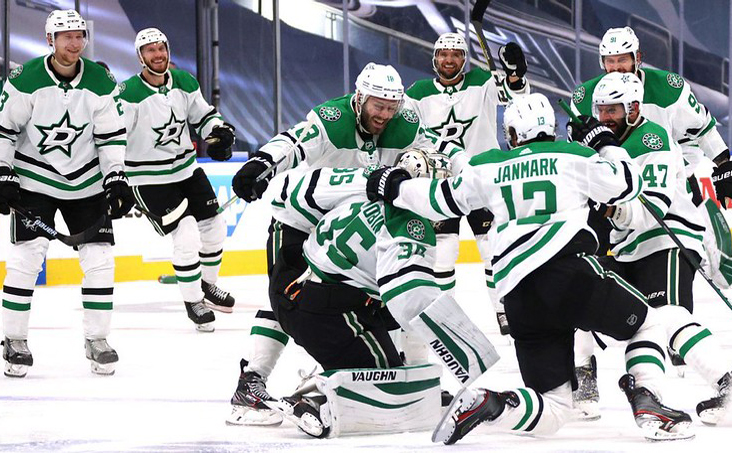 The NHL and NBA playoffs were well worth the wait caused by Covid. The Lightning and Stars are the Cinderellas of the NHL season, and the Nuggets and Celtics are still taking it to the rack.

As October beckons, the NHL and NBA seasons are winding down in exciting style.

Hockey lovers have one more weekend to enjoy the Stanley Cup finals. Hoops fans will see the crux of the conference championships decided this weekend, then dig into the NBA finals.

As the weekend dawns, the Tampa Bay Lightning and Dallas Stars will play Games 4 and 5 of the Stanley Cup finals. One team will be ahead 2-1 by that point.

It’s been a Cinderella run for both teams. Tampa Bay became the first team in NHL history to win three straight series-clinching games in overtime on its way to the finals. The Lightning also survived a 5-overtime marathon against the Columbus Blue Jackets in the opening game of the playoffs.

The Lightning may get offensive stalwart Steven Stamkos back for the last couple of games. He’s been out since February. Stamkos could make the difference for Tampa Bay, and would also help the team’s power play.

The Dallas Stars made an unlikely run to the finals, including a 5-game triumph over the Vegas Golden Knights. That was an intense conference finals series, in which Dallas won all four games by a single goal, including the clincher in overtime.

First-time sports bettor? CaesarsCasino.com offers a $10 free signing bonus, no deposit required. Make a deposit, and Caesars will match your first wager up to $300! 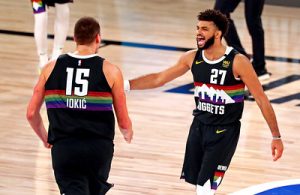 In the NBA, more surprises abound, with four teams remaining.

Remember how good the Milwaukee Bucks were all year? Top seed in the East? Gone from the playoffs.

They’re also gone, bounced by the Denver Nuggets, who overcame a 3-1 deficit in games to upend the Clippers.

That got Denver to the conference finals, where the team trailed the Lakers 2-1 after getting on the board with a victory Tuesday night. There will be games on Thursday and Saturday night at a minimum. It would proceed to a Game 6 on Monday if the Nuggets gain at least one more victory.

In the East, the Boston Celtics are trying to hang tough with the Miami Heat, despite losing two of the first three games. The Celtics had 20-1 odds to win the NBA title at a lot of sportsbooks when the NBA resumed in August.

Now, here they are with a shot.

When we approach October, we normally think about the START of these seasons.

That’s been held back, but the wait has paid off.

3-Point Win! Sign up to wager on BetMGM.com and get in on this Thursday night NBA Offer. Bet on the Lakers or Nuggets, and win $100 if either team hits a 3-pointer. Paid in free bets.

Blast Off with 2 Exp