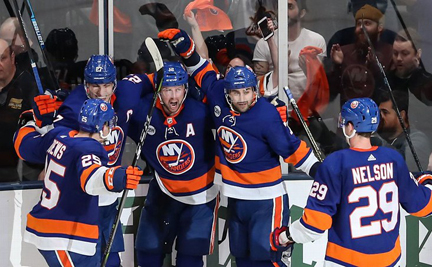 As we approach the end of the NHL Playoffs’ Round of 16, let’s take a look at which teams have exceeded expectations—or missed them—and which stocks you should buy.

With each NHL Round of 16 series either three or four games in, we’ve now had a solid enough look at each team to get a general read on the noise they’re going to make in the playoffs. Some teams are living up to standards. Some have been disappointments. Then there are the wild cards. Let’s see which are which, and how their performance to date affect your betslips moving forward.

The 7-seed Islanders have remained white-hot to start the first knockout round, jumping out to a 3-0 lead over the champs of just two years ago in Washington. New York has outscored the Capitals 11-5 during those three games, and it looks like either a sweep or gentleman’s sweep is in the cards here. All indications point to the Islanders’ magic not running out any time soon, so expect more dominance heading into the next round or two. Also expect the goal parade to continue in any game New York is part of.

The No. 4 team in the East was the higher seed and favorite heading into this series, but many expected the team to lose after showing an extremely sluggish start to the seeding portion of the playoffs. Instead they have taken three of four games to start the Round of 16 and are one game away from advancing. They’re beginning to look a lot more like the team that had the best record in the NHL prior to the shutdown, which could pose quite a threat to the rest of the league. When the goals are flowing like they have in this series (outscoring CAR 13-9), Boston will be tough to beat four times. Like with the Islanders, Boston is not quite done yet. Get ready to watch a lot more goals in their games.

Sign up at BetMGM.com and your first sports wager is risk-free. Place a bet of $25 or more and BetMGM will match it up to $100 in real cash, and throw in $25 FREEPLAY for the BetMGM casino app! 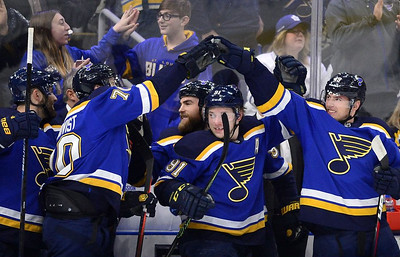 If not for a Brayden Schenn overtime goal in Game 3, the defending champs could easily have found themselves down 3-0 in this first round matchup and possibly eliminated by now. Instead, they salvaged two wins to tie up the series and now have an even chance to advance to the quarterfinals. The strong defending and goal-tending that the Blues rely on are nowhere to be found in a rather high-scoring series. If the Blues find a way to get past emerging star Bo Horvat and his Canucks side, don’t expect much more out of last year’s champs.

While the Islanders deserve all the credit for their impressive first three games, the Capitals deserve just as much criticism. This Washington side has sleepwalked its way through the playoffs so far, and as a result are only one loss away from a harsh wake-up call. It’s hard to find a specific area to critique here since it seems that Murphy’s Law is in effect with this team. You can confidently give up all hope for this Caps team, which has been hard to watch since the restart.

Join CaesarsCasino.com and get a $10 sports free bet bonus—no deposit required. Caesars will also match your first wager up to $300. Sign up today!

Playoffs are back! It truly is an exhilarating time of year, with the NHL and NBA playoffs now both in full swing. In both sports, heavy favorites are losing all over the place, so keep your eyes peeled. There are lots of live bet wins to be had. Stay on top of it, and good luck.