HomeThe ShuffleNHL Playoff Picks: Is It Down to Philly & Vegas?

NHL Playoff Picks: Is It Down to Philly & Vegas? 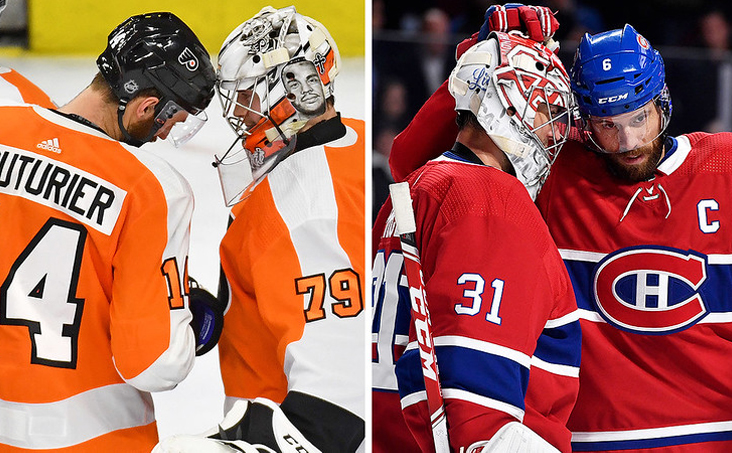 With the qualification round over, we move into the usual 16-team Stanley Cup playoff format. Which teams will make it through to the second round?

With seeding set for the standard 16-team format of the Stanley Cup playoffs, now’s the time to take a quick look at each matchup. A lot of extraordinary factors will play into this year’s games. Let’s see how they could affect each first-round series.

This match-up brings together two of the best teams in hockey right now. The Flyers have been scorching hot for months, earning a spot in the Top 4 Round Robin and subsequently earning the top seed in the East. The Canadiens rallied to earn the last spot in the qualification round before dispatching one of the favorites to win the Cup in the Pittsburgh Penguins, 3-1. The Flyers have ridden their nonstop offensive attack while the Habs have gotten elite goaltending from trusted vet Carey Price.

Our call: Something’s gotta give, and it should ultimately be Price. Expect the Flyers offense to be too much for the Canadiens as the hottest team in the league will move onto Round 2.

Call it a rematch of last year’s first round, when Columbus pulled off a shocking sweep over Tampa, which many had as favorites to win the Cup. This year looks to be a different story. Although Tampa is missing stars Steven Stamkos and possibly Victor Hedman, Columbus was just pushed to a full five game series by the Toronto Maple Leafs, in which the team looked very inconsistent.

Our call: Tampa is incredibly deep, and just too much for this Blue Jackets team. Expect a change of pace from last year’s first-round upset.

Washington looked very sluggish in the qualification round, almost like the team didn’t want to be there. Perhaps a championship hangover remains from a couple years ago, but this team lacks the proper motivation to get another ring. Alex Ovechkin and a couple other star offensive players for the Caps have been quiet, and the Islanders’ stifling defense could continue to keep them at bay.

Our call: Expect the hotter New York squad to make a splash and send the Capitals packing.

These teams were the last two standing in the East last year, and now they will instead meet in the first round. This year, to the same tune of the Tampa-Columbus series, should be different. Boston swept the series to capture the Eastern Conference last year, but the Canes have vengeance on their minds heading into what should be a very exciting series. The Bruins were right there with the Flyers as the NHL’s hottest teams before the shutdown, but have failed to get back on track since the restart. Carolina, on the other hand, has been quite the opposite, coming off a dominant sweep of the Rangers in the qualifiers. Boston looks lifeless right now, and their opponents should be able to take advantage and move on to the second round.

Chicago pulled off a big-time upset against the Edmonton Oilers in the first round, but expect the magic to end there. Vegas is a dominant squad, firing on all cylinders right now and they should have an easy time with the Blackhawks.

Our call: Expect a quick series, with Vegas coming out on top.

Colorado looked strong in the qualifiers, on both sides on the ice. Arizona had a tough showing against the Nashville Predators that surprised many people. In this one, I’m going to ride the hot hand. And that’s Arizona goalie Darcy Kuemper. Kuemper saw the most shots in the league in the qualifying round and continued on his rock-solid pace from the regular season, leading his team to a 3-1 series win. The Coyotes offense stepped up in a big way in that series as well.

Our call: I like Arizona to pull off another shocker here.

The Stars haven’t been too convincing since the restart, and the Flames took advantage of an injured Winnipeg Jets team in their qualifying series. The Stars are led by star goalie Ben Bishop, who will face a flaming-hot Flames offense.

Our call: In the end, I’ll take the hotter team in Calgary, which will send Dallas home earlier than expected. 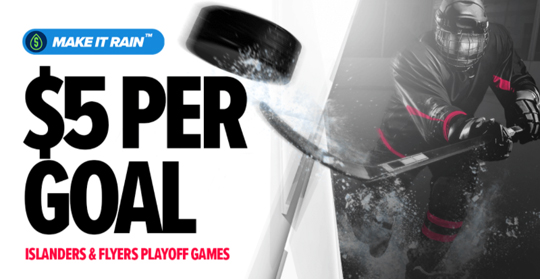 Vancouver has several emerging young stars on offense, as was evidenced by the Canucks’ impressive showing in the qualifying series win over the Minnesota Wild. The Blues, however, won the Cup just last year behind a very strong defense and incredible goaltending from then-rookie Jordan Binnington.

Our call: Defense wins championships, and so does playoff experience.

Both these strengths reside with St. Louis, so expect them to defend their title and move on to round two.

In such a strange restart situation, these 2020 NHL playoffs should be unique and a lot of fun to watch. It feels like anything can happen due to the unpredictability that comes with taking a multiple-month pause at the end of the season.

For now you seemingly can’t lose with either Philly or Vegas, and after that, it’s anyone’s best guess. Good luck and enjoy some playoff hockey.

Place a Min $50, Pre-Game Spread Bet at PointsBet.com; Get $5 extra in Free Bets for each Goal the team you bet on scores!