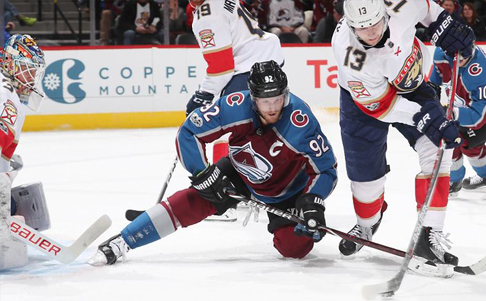 The NHL playoffs are just about set and we take a look at teams that bettors should back or fade.

The NHL season is two days from being over, and just about all of the teams going to the playoffs have been set. The only intrigue left is where teams will be seeded.

The Avalanche are the favorite to win the Stanley Cup at +350 at BetMGM. The Panthers are next at +550.

Do other teams have a chance of reaching the Stanley Cup Finals? We take a look at teams gamblers should bet on and others they should fade.

Get Parlay Insurance at BetMGM. Place a one game parlay wager on any NHL game and receive your bet back if all legs of the parley hit but one. 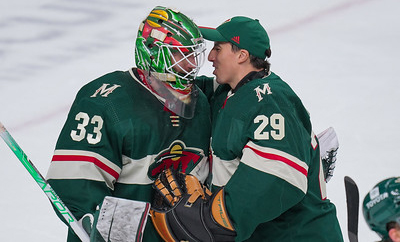 The Minnesota Wild wanted a strong goalie corps going into the postseason so they went and traded for Marc-Andre Fleury. Now, along with Cam Talbot, the Wild have a formidable goalie tandem that should provide them the chance for a deep run in the playoffs.

It looks like Minnesota will face the St. Louis Blues in the first round. That’s not good for the Wild. The Blues swept the Wild in the regular season, though two of the three games were overtime victories.

If one of them gets hot, Head Coach Dean Evason will go with them. Both have the ability to get this team past the first round.

Log in each Friday at BetRivers to get a 20% NHL Profit Boost each week! 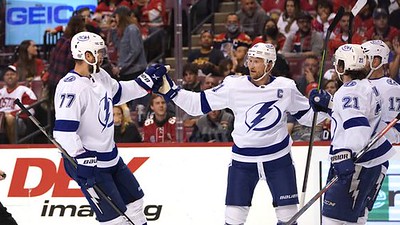 It appears the Tampa Bay Lightning is peaking at the right time. Tampa Bay has won four consecutive games and has locked up the third spot in the Atlantic Division of the Eastern Conference.

There was some concern that maybe Tampa Bay goalie Andrei Vasilevskiy was being overworked and may tire in the playoffs. So far, however, the former Vezina Trophy winner is ninth in the NHL with a goals against average at 2.49 and 10th in save percentage at .917.

Their first-round opponent will probably be the Toronto Maple Leafs, who have an explosive offense, but an average goalie. They split the season series, winning two games apiece. 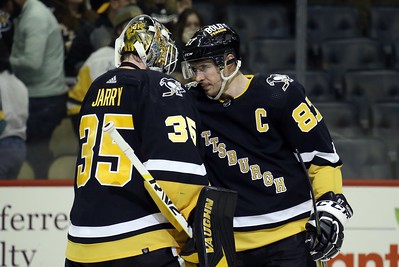 The Pittsburgh Penguins had a chance to cement their third-place standing in the Metropolitan Division on Sunday against the lowly Philadelphia Flyers and got slammed, 4-1.

Letting the Washington Capitals back into the chase for third place presents a huge problem for the Penguins. If they can’t hold onto third, they earn a wild card spot and would have to face the Florida Panthers.

Having to go into a seven-game series with the best team in the NHL would be a lot less desirable than a more beatable New York Rangers.

But the way the Penguins are playing right now it might not matter who they face. They are without starting goalie Tristan Jarry, who has a lower body injury suspected to be a broken foot. If he can’t go come playoff time, then the team is relying on Casey DeSmith, a solid backup but unproven as a playoff goalie.

Another concern is the team’s lack of scoring depth. The first line of Sidney Crosby, Jake Guentzel, and Rikard Rakell has been solid, but Egenvi Malkin was injured for nearly half the season, and Jeff Carter’s stats have fallen off in recent years.

Join Unibet Sportsbook today and we’ll insure your first cash bet – get up to $250 back if you don’t hit a winner. 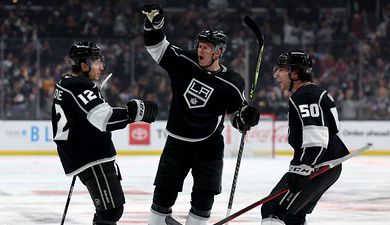 The Los Angeles Kings managed to get the third spot in the Pacific Division after the Vegas Golden Knights folded like a bad beach chair. Now, however, they have to face the Edmonton Oilers.

The Oilers took three of the four games they played against the Kings in the regular season.

Edmonton had some issues with defense, ranking 18th in goals against average at 3.09. They have gone 7-2-1 over their last 10 games.

The Kings are on a four-game winning streak and have a solid defense, but they will have problems containing Edmonton’s offensive, which features two of the top three points leaders in the league.