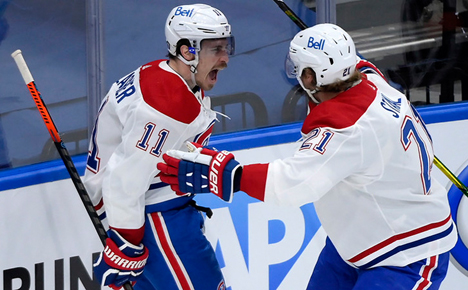 The second round of the NHL Playoffs has given fans a few surprises—and the biggest was a doozy. In the last series of the first round, two underdogs turned the tables, and will face each other in the second round.

The second round of the NHL Playoffs got underway Saturday, and thus far has yielded a few surprises. The biggest was a real doozy. In the last series of the first round, two underdogs turned the tables, and will face each other in the second round.

The Toronto Maple Leafs were a -275 favorite to defeat the Montreal Canadiens, and had a 3-1 lead in the Best of 7 series. Then the Canadiens swept the next three games to upset Toronto and advance to the second round. They’ll go on to face the Winnipeg Jets, who also pulled off an upset when they swept the Edmonton Oilers in the first round as +150 underdogs.

Going into the second round of the NHL Playoffs, Winnipeg finds itself the -130 favorite to defeat Montreal. The Canadiens are at +105 for the series that began Wednesday. The Jets won the season series 6-3, and are riding a hot goaltender. Connor Hellebuyck entered the second round with the best five-on-five save percentage of any goalie at .955.

Montreal has an equally spectacular net-minder in Carey Price. Price was 4-3 with a 2.24 Goals Against Average, and .932 save percentage in the first round against Toronto.

Jets Captain Blake Wheeler told reporters Tuesday that his team knows how valuable Hellebuyck is to their success.

“So I think the overriding theme is that we’ve just got to be patient, allow our goalie to do his thing and understand that we’re going in against a team that’s going to do the same thing [with] their goalie,” Wheeler said. “We try to let him see the puck and feel that if he’s seeing pucks, he’s going to stop them all.”

Earn more when your team Scores 3 or more goals at WilliamHill.com! Bet at least $50 on the Money Line in select NHL games and get a free $50 bet if the team scores 3-plus goals. 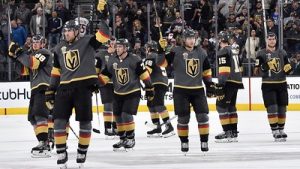 The Vegas Golden Knights were at a disadvantage, having stretched their first-round series to seven games before finally prevailing over the Minnesota Wild.

There wasn’t much time to rest. The team faced West Division foe the Colorado Avalanche two days later. Going into the game, the Knights were led by Vezina Trophy nominee Marc-Andre Fleury. Then Head Coach Peter DeBoer started Robin Lehner in net for the opening game of the second-round series.

It proved to be a costly decision. Lehner looked rusty, and allowed a couple of questionable shots to get past him. As a result, the Golden Knights were embarrassed at 7-1. Even so, DeBoer didn’t waver in his decision to put Fleury on the bench.

“It was a perfect opportunity in our minds to use our other starter,” DeBoer said. “That’s been a strength of ours all year. We wanted Robin to get in a game and stay sharp, in case we needed him. So there was a lot of rationale to it.”

Oddsmakers didn’t see it that way. Sportsbooks adjusted the odds of the series taking Vegas from +155 to +350, while the Avalanche went from -170 to -420.

If they lose the second game to Colorado, they’ll come home to Las Vegas for Game 3 down 2-0. If they get a split in Colorado, they have a chance to go up 2-1 on Friday.

Parlay Boost adds to your winnings at GoldenNuggetCasino.com. Just pick three qualifying selections you start to receive the Boost. Adding more selections will increase the boost! 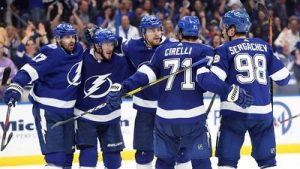 Despite finishing five points behind the Carolina Hurricanes in the Central Division, the Tampa Bay Lightning are peaking at the right time for these NHL Playoffs. The Lightning are up 2-0 on Carolina, after winning both of the first two games on the road.

Carolina was the +220 underdog going into the series, with Tampa Bay the -270 favorite. Little is going right for the Hurricanes in the series. Carolina saw Tampa Bay score the first goal in Tuesday’s game, en route to a 2-1 defeat. It was the sixth consecutive game in which they surrendered the first goal.

The team also got a bad break when center Vincent Trocheck collided with teammate Warren Foegele in the second period. Head Coach Rod Brind’Amour feared his player might be out for the rest of the series. 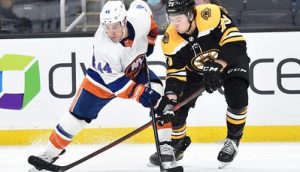 The Boston Bruins were the -230 favorite going into their second-round series with the New York Islanders, the biggest odds of any of the four second-round matchups. But no one on the Bruins team took the Islanders lightly.

New York, at +175 to upset the Bruins, won five of eight games in the regular season. The Bruins also utilized a two-goalie tandem that’s worked for them. They won the first game convincingly, 5-2, but New York got a split, winning the second game in overtime, 4-3.

The Islanders return to New York with a chance to go up on the Bruins on Thursday.

Get the big picture with NHL Playoffs coverage at iGamingPlayer.